Throughout their history, Americans have spoken a multitude of languages and have educated their children in languages other than English. At the Max Kade Institute, we strive to illuminate this history by researching the schooling experiences of German-American children, German-American textbooks, teacher education, educational policy, and the role of education in the acculturation and assimilation of German-speaking immigrants and their descendants.

In the second half of the nineteenth century, especially during the early years of settlement and in rural communities, school lessons were often conducted in German. German was used in some public schools, many parochial schools, and a few private schools, particularly in the early grades. Teachers were hired from Germany, and German-language textbooks were first imported and later published in the United States. In later years, differe

nt arrangements developed. For example, in some communities, “winter school” (public school) was taught in English for five months of the year, while “summer school” (parochial school) was conducted in German for two months. In some communities, parents founded secular private schools. For example, in 1853, the German-English Academy was established in Milwaukee, a school with a broad curriculum in which all subjects were taught in both languages.

In Europe, some German immigrants had received advanced training in pedagogy, ranging from early childhood education to teacher education. They applied their knowledge in America and established preschools and kindergartens, as well as teacher-training academies. 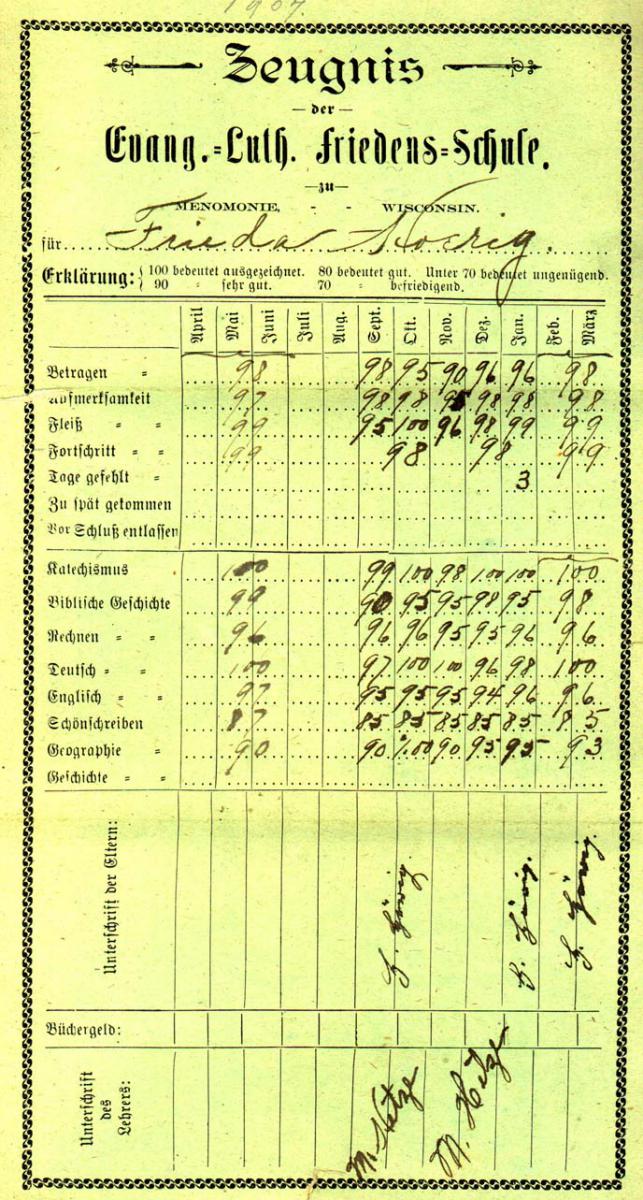 ndard German was the first challenge for German-speaking pupils. At home, many of them spoke German dialects, and learning to read, write, and speak standard German meant learning a foreign language. In addition, they also learned English, which meant that these young children had to learn two different print types and scripts. Curricular materials were produced in America specifically for the needs of American German-language schools.