The Max Kade Institute’s Milwaukee German Theater Project (MGTP) aims to explore and illuminate the rich and unique history of Milwaukee’s German-language theater and its role within the community, the state, and the nation. A number of research activities are underway that engage scholars, as well as undergraduate and graduate students from the UW–Madison.  During the academic year 2007–2008, a group from the MKI worked at the Milwaukee Public Library to unpack, sort through, and create a searchable database of the Trostel Collection of German Theater Scripts, which is now publicly available online. In addition, the MKI itself owns another, smaller collection of German theater scripts: a total of 22 archive boxes that once belonged to the Pabst Theater; and a scrapbook containing playbills from the Pabst Theater has been lent to the MKI by the Goethe House of Milwaukee. Beyond this, the Wisconsin Historical Society in Madison owns extensive collections of German-language and English-language newspapers, which include extensive documentation of the Milwaukee theater and entertainment scene.

The MGTP is an exciting endeavor whose methods include literary archaeology and detective work, and whose resources include fragile documentation that is becoming harder to find every year: microfilm, microfiche, playbills, advertisements, old German scripts and fonts, and more. Some ninety years ago, our predecessors asserted that it was becoming too late to begin this research. While this was perhaps true even then, we find that our work today is leading us to absolute treasures of materials for exploring this country’s traditions and culture, and our enthusiasm and hard work have been richly rewarded

Milwaukee’s long-standing German theater tradition bears testimony to the strength and vigor of the city’s German culture. In 1850, amateur groups were already staging German performances; in 1868, the 900-seat Stadt Theater was constructed, the first Midwest building specifically for German productions; and in 1884, the theater became a stock company managed by Julius Richard (1848–1891), Ferdinand Welb (1852–1910), and Leon Wachsner (1851–1909)¾all Germa 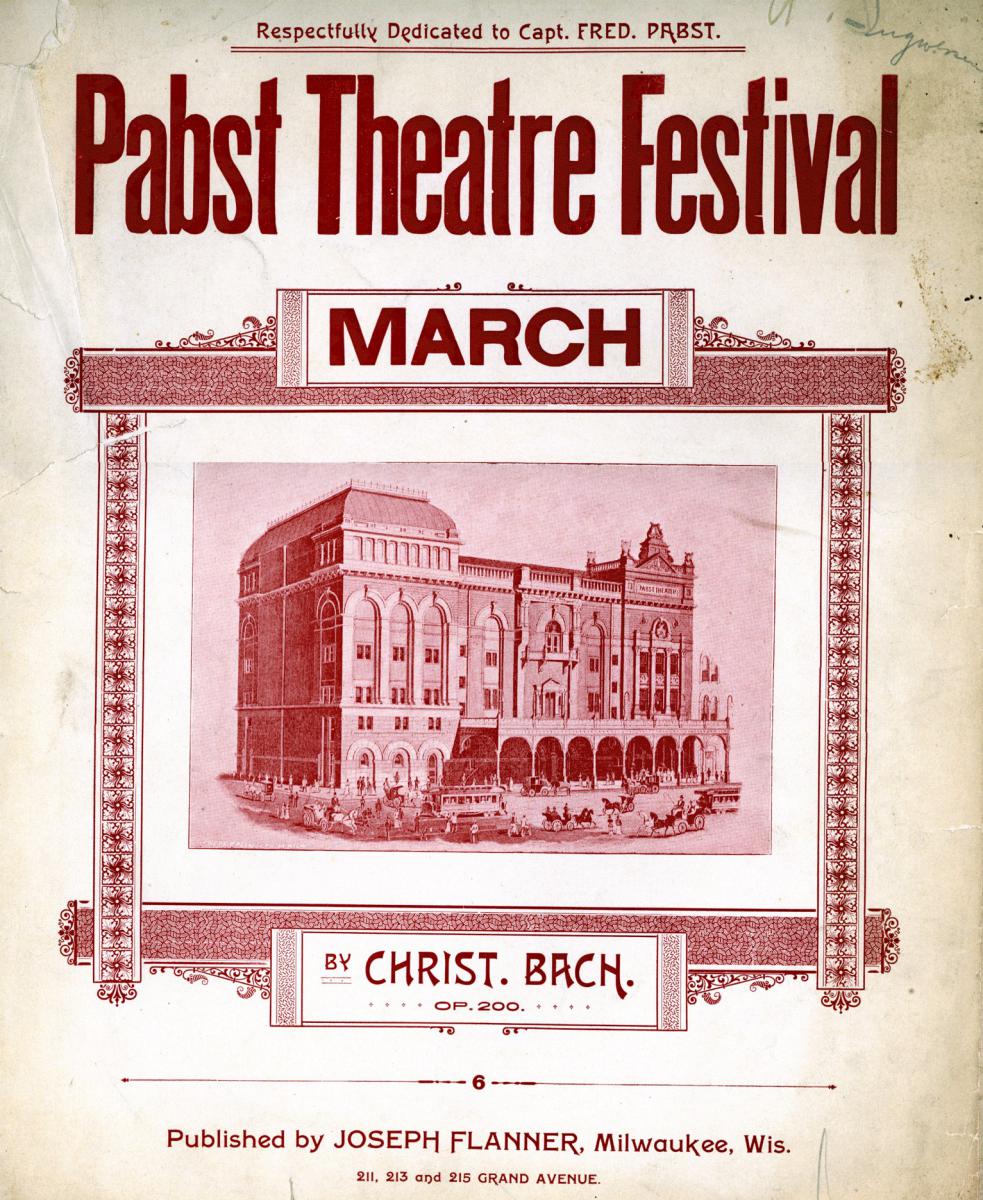 In 1890, Frederick Pabst helped assure the theater’s financial security by purchasing for it Nunnemacher’s Grand Opera House, which he renovated twice¾in 1893 and 1895¾after it was damaged by fires. In 1895, the reconstructed building, now renamed the Pabst Theater, could accommodate an audience of 1820 and boasted many modern features, including all-electric illumination, an early air conditioning system, a 3000-pipe electric organ, new heating and ventilation systems, and lavish interior ornamentation.

Milwaukee’s German-language theater had grown from a provincial immigrant stage to an institution that was acclaimed as one of the most extraordinary theaters performing in any language anywhere in the world. Its personnel was universally acclaimed; its repertoire was exciting and innovative; and its influence extended far and wide. Many factors led to the decline of the Milwaukee German-language theater: the increased use of English by German Americans, the death of Pabst and other benefactors, the anti-German hysteria of the World War I era, the rise of other forms of entertainment, such as motion pictures, and the depression. Nevertheless, regular German performances continued longer than in any other American theater; and not until 7 June 1935 was the stock company finally dissolved, succumbing essentially to the fact that there was no longer an audience. 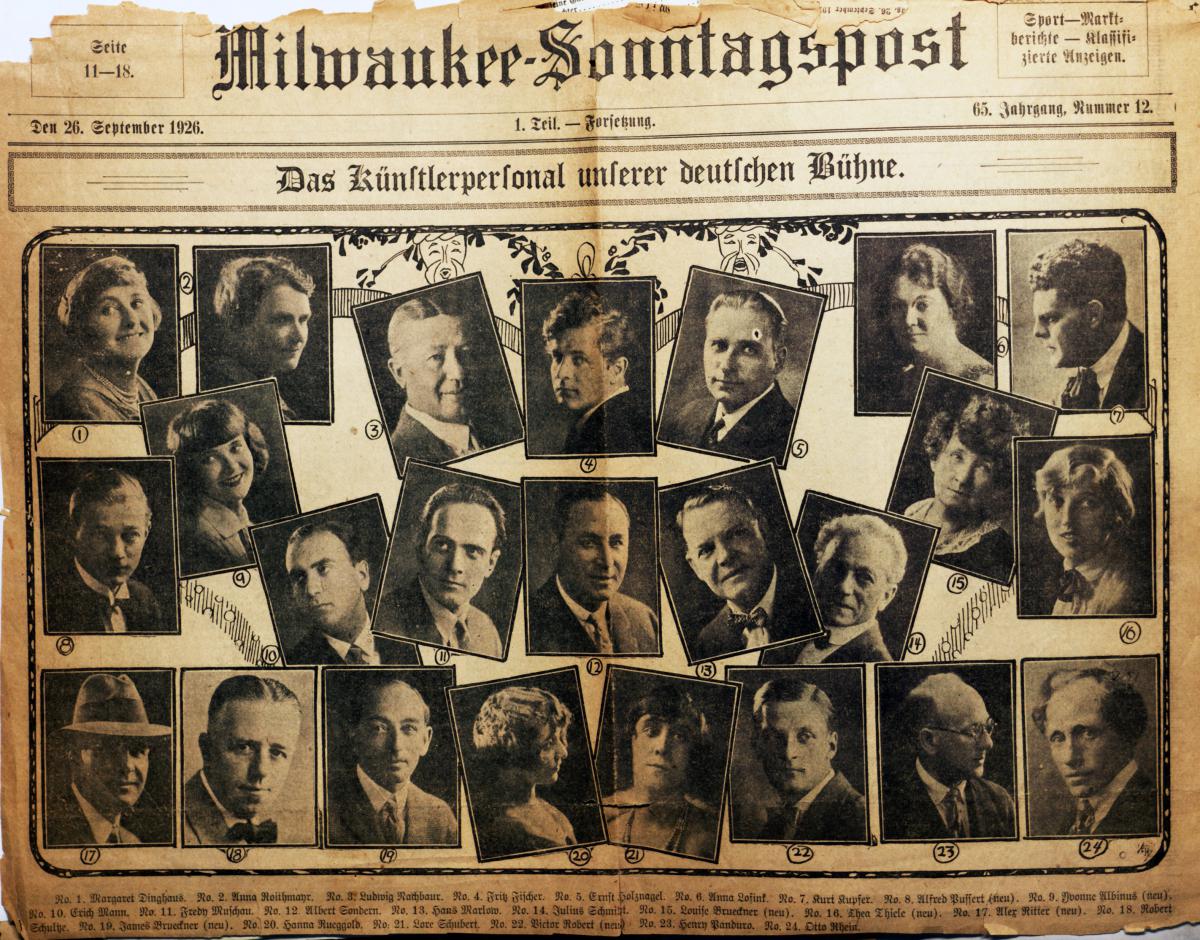 Under the management of Richard, Welb, and Wachsner, Milwaukee’s German-language theater played an important role in bringing together the community’s Anglo-American and German-American societies. Enthusiastic announcements and reviews of the theater’s performances appeared in English-language as well as German-language local newspapers¾and without any mention of the fact that the language used on stage was nearly always German. By the end of the 1890s, an average of 70 to 80 plays written by some 35 to 45 different authors was being produced annually, and the number of modern pieces was increasing. The breadth of the works performed or considered by Milwaukee’s German theater is best illustrated by the Albert O. Trostel Collection of German Theater Scripts held at the Milwaukee Public Library, which includes a total of 2742 individual scripts, some of which were never published and cannot be found elsewhere in the world.

The theater season ran from September through April, with plays usually performed on Wednesdays and Sundays, and sometimes also on Thursdays and Fridays. Famous guest actors from Germany often visited the Milwaukee stage. In addition to theater productions, musicals, variety shows, and concerts were also held in the theater building. 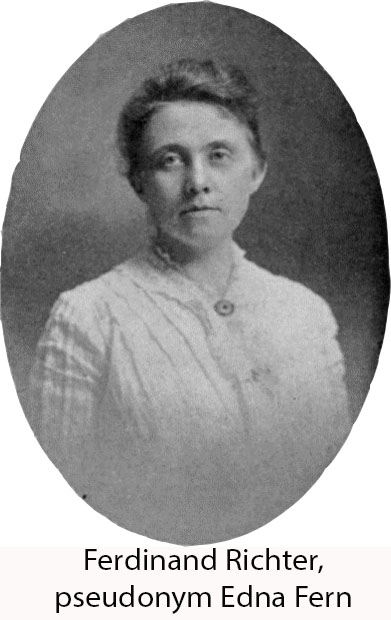 Included in the program of Milwaukee’s German theater were plays by German-American authors, as is documented by newspaper advertisements, reviews, and other records. News about the premiere performance of Fernande Richter’s Die Brücke, for example, which was given on 31 March 1916 in the Pabst Theater to benefit the National German-American Teachers Seminary in Milwaukee, appeared regularly in both English-language and also German-language newspapers. The only dramatic work by the acclaimed German-American author Fernande Richter (1861–1941), this play has often been mentioned in secondary literature; but the text could not be found until a typewritten copy turned up in the Trostel Collection of German Theater Scripts.

Another example is Wilhelm Müller’s Im gelobten Land Amerika, supposedly the most frequently performed of all German-American plays. Unfortunately, neither its text nor specific information about its author and the circumstances under which it was written and performed could be found. Once again, the Trostel Collection proved an invaluable resource, as a handwritten copy of the script, together with a sketch of the stage set, can be found there. 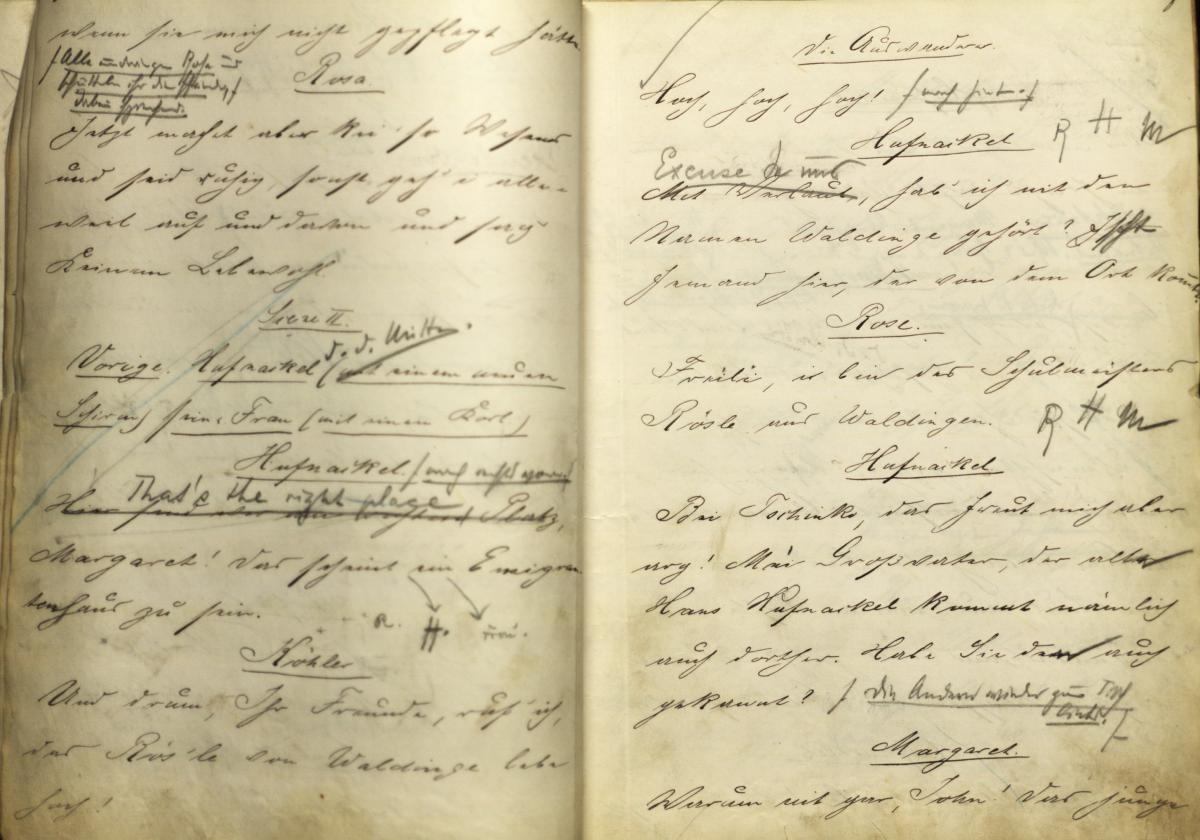 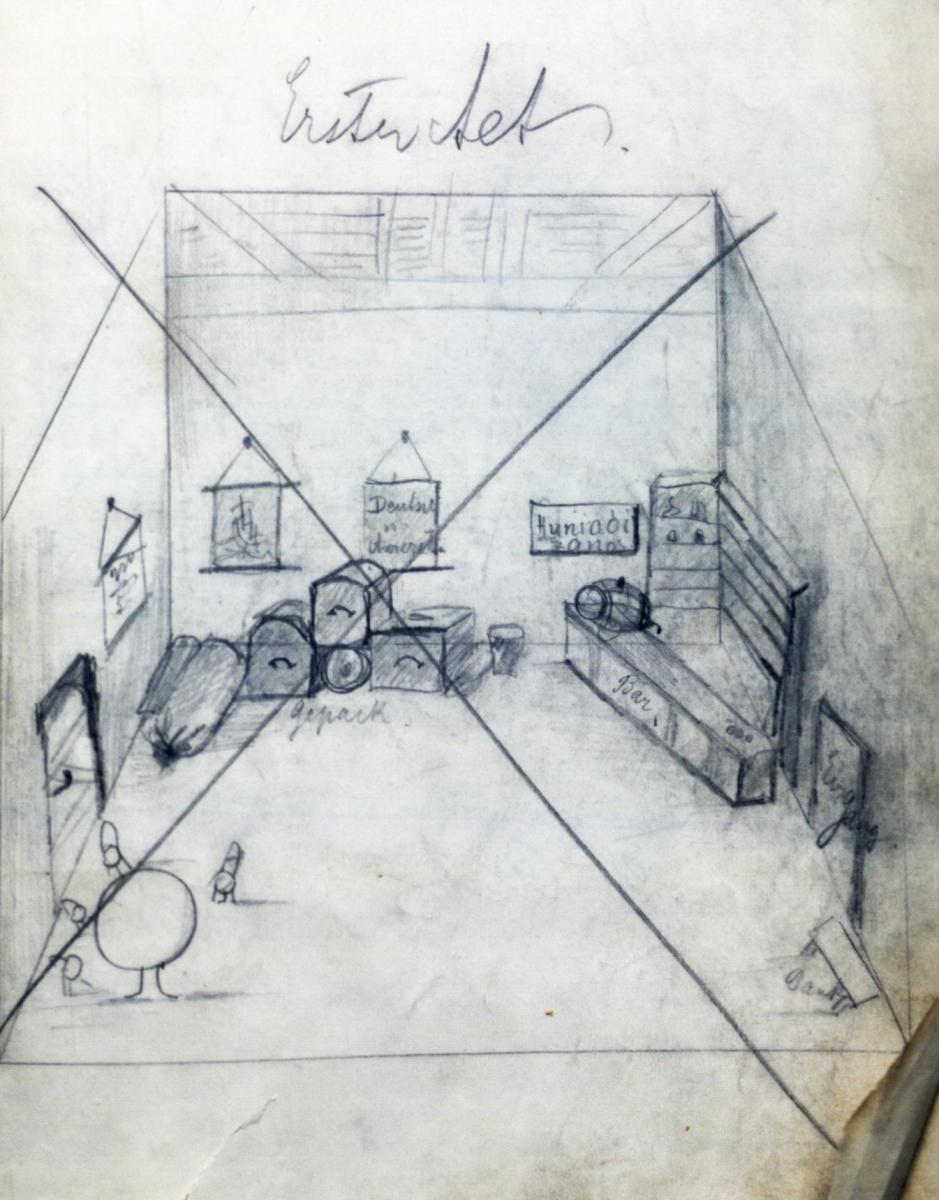