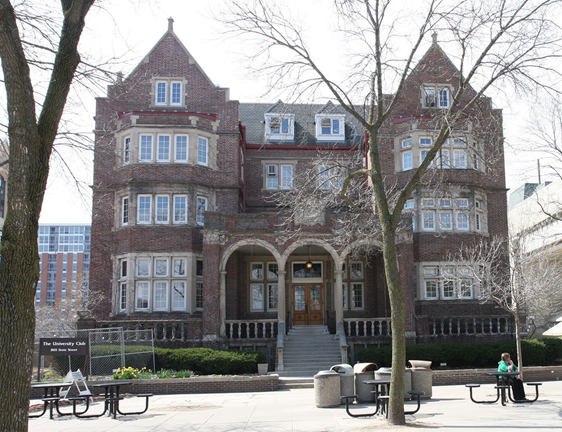 The Max Kade Institute for German-American Studies is an interdisciplinary unit in the College of Letters and Science at the University of Wisconsin–Madison.

The Institute is dedicated to

Our Library and Archives house one of the largest collections of German-language materials published in North America, as well as primary source documents, such as letters, diaries, and business records; and the North American German Dialect Archive, which contains thousands of hours of recordings of immigrant dialects from the mid-1940s to the present.

For more than three centuries immigrants from German-speaking lands have come to America, settled in rural and urban communities, and established German-language churches, schools, and businesses. They introduced social customs, traditions, and organizations that have shaped and been shaped by the American way of life.

We are located on the fourth floor of the University Club on the Madison central campus, 432 East Campus Mall, only a short walk from the Wisconsin Historical Society and the UW–Madison Memorial Library.
More information in the Max Kade Institute brochure.