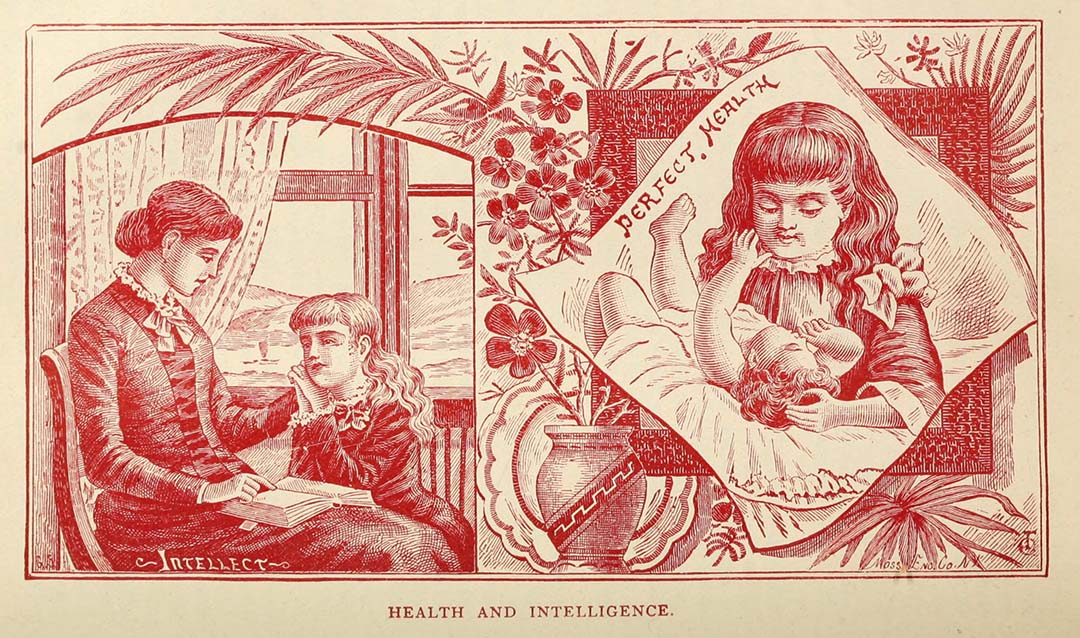 As we eagerly await a vaccine and effective treatments for the COVID-19 virus, it is easy to forget how much has changed in the field of medicine in the last 100–150 years. At a time when there were neither vaccines nor antibiotics, people often had to be their own doctors. This is reflected in the many medical advice books, including several “Rathgeber” in The Max Kade Institute Library,  publications that offer advice for the maintenance of health and the treatment of a multitude of illnesses and injuries. Read the article by Kevin Kurdylo in the Spring 2003 Max Kade Institute Newsletter on “Medical Advice Books for German Americans.” (pages 8 and 9)

Herbal remedies and homeopathy were particularly popular among German Americans. The MKI Library includes volumes such as

In addition, health advice regularly appeared in German-American papers and magazines. In its August 11, 1880, issue, Der Deutsche Correspondent from Baltimore, for example, suggests that beef extract is a marvelous remedy against malaria, and that sarsaparilla, “a plant from Honduras,” should be used to treat psoriasis and as a “blood cleanser.”  There were also advertisements for miracle medicines, ointments, and treatments that promised to cure anything from arthritis to yellow fever. Check out 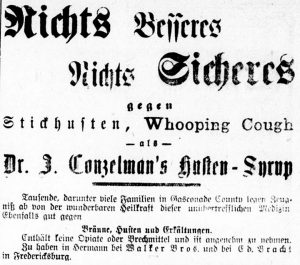 Occasionally, advertisements had the appearance of regular newspaper articles, such as a page-long piece with the title “Ein interessantes Stück Geschichte” (An interesting piece of history), which appeared in Der Deutsche Correspondent on February 17, 1918.  It tells the story of  “old Dr. Peter Farney, who was a child of nature,” who discovered the “perfect mixture of herbs,” which supposedly helped with any ailment and pain imaginable from anemia to torn ligaments. The concoction was sold as Dr. Fornis Alpenkräuter, which was the German-language label for Dr. P. Farney & Sons (Chicago) herbal cure. 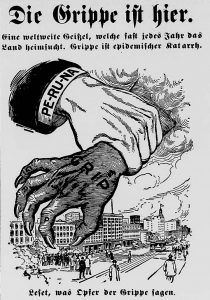 Some of the most prominent ads in German-American publications, complete with testimonials and images, were for Peruna, a patent medicine that claimed to “provide protection against the ills of winter,” specifically “Grippe,” the flu or “grip.” In the early 20th century, Peruna was one of several patent medicines that were sued for making false claims and engaging in misleading advertising. The “miracle medicine” was found to be mostly water, 28% alcohol, and very few other identifiable ingredients. When Prohibition went into effect, Peruna and similar “medicines” surged in popularity.

Since effective medication was lacking in so many cases, nutrition-based treatments were very popular. German-American cookbooks included entire sections on “Krankenkost” (meals for sick people), such as these examples from the Praktisches Kochbuch für die Deutschen in Amerika, Brumder, Milwaukee, 1899:

And check out these recipes from Dr. Chase: 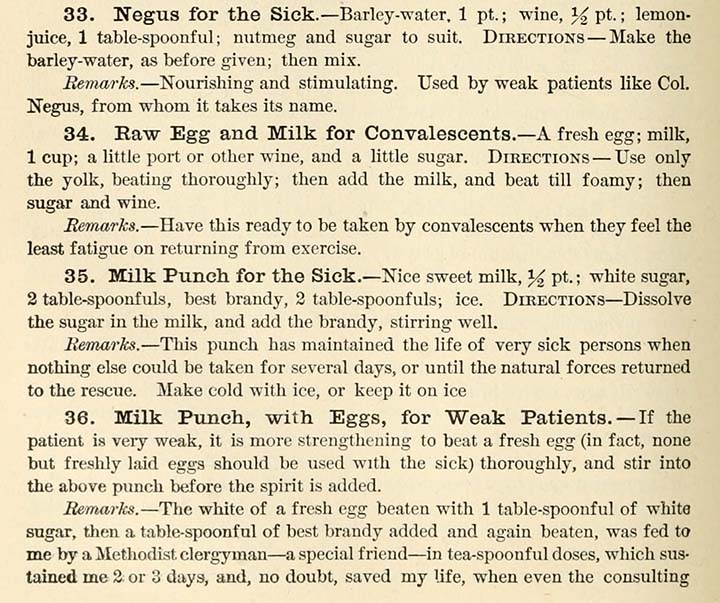 We hope that you are all well and in no need of any of these remedies. Have a wonderful summer and stay healthy!