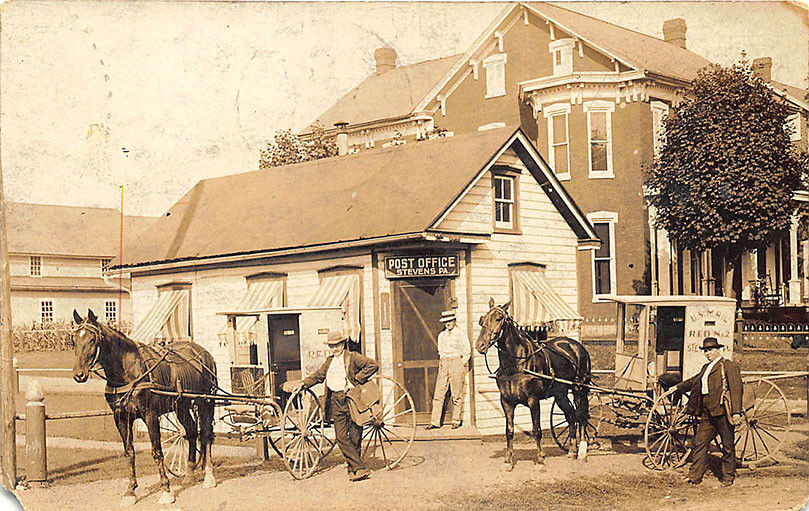 One of the hardest things about isolating at home during the COVID-19 crisis is not being able to meet with family and friends. We now Zoom, FaceTime, chat, write emails, or “simply” talk on the phone. In the nineteenth century, when many Germans left for America, they could stay in touch only through letters. It took weeks, if not months, for a letter to make it from Europe to America and vice versa. A letter from overseas was great news, and it was often passed around among family and friends.

Personal letters are among the MKI’s most fascinating collections. Against the backdrop of larger historical events, they offer individual perspectives and experiences, fleshing out local and global history with personal details. They are treasure troves for scholars from numerous disciplines, not to mention family historians.

What did people write about? Anything and everything! Family news and gossip, community events, illnesses, local and national politics, immigration experiences, the weather, crops, church, business, money, food, love, poetry, nature, holidays and celebrations, and so much more. They included drawings, hair locks, pressed flowers, and—most treasured of all—photos! Following traditional German letter-writing etiquette, most letters ended with “Viele Grüße” (many greetings) to a long list of people.

An immigrant’s first letter home usually included a detailed description of the journey to America, especially the often harrowing Atlantic crossing.
[On] the 17th of May, 1852, I travelled with my household to look upon the great world ocean. On the 27th day of May we boarded the ship, where we spent 43 days. We had contrary winds almost the entire way. We were scarcely an hour at sea when seasickness began, and soon a few hundred had to throw up. I had plenty to do with my wife and children, holding their heads, but I didn’t think it was going to kill me. Once however a man came past my bed and must have let go front and back, making a chamber pot full, and he wanted to carry it out. He came down the passageway, fell, and spilled his pot, making such a stench that I, too, had to throw up. […] During the night of the ninth day, a storm struck. The ship was so severely shaken that four men in one bedstead broke down. Many thought that the ship was breaking up and cried, “Dear Lord God, come help us, we are sinking! Hail Mary, come help us; yes all saints, come to help us.” And the four men clawed at the floor and wanted to swim, but there was no water in the ship. Little Jacob had come down with diarrhea and we thought that he would not recover, but he did eventually get over it. Thanks to God, all four of us are well and safe and sound in a healthy land now. [Johann Jacob Frautschi to his brothers, sisters, relatives, and acquaintances in Switzerland; Sauk County, Wisconsin,1852] 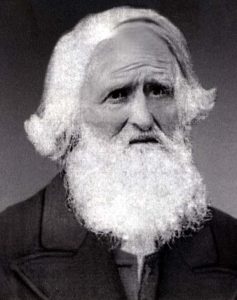 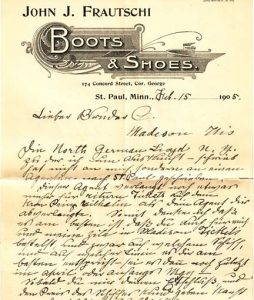 Friends and family in Europe wanted to know what life was like in America, often with an eye to possibly emigrating themselves.
My dear friend, I have arranged for a trip to America. Please send me an exact address. Send me an estimate of travel times and expenses in your country, and lodging. Also, I would like to know what it takes to pay for a house and property. My brother lives somewhere in “Shikago, Illinous, Nordamerika.” Can you tell me what kind of place that is? — Your friend Johann Soltau
[…] The Madlers are ready to travel, too. And I am eager to get to America as well. I would like to purchase a farm in your area for 1,000 “Thaler.” Please reply soon. We want to travel as a group. — Friedrich.
[Friends to Carl Goth in Middleton, Wisconsin; Picher, Mecklenburg, March 24, 1867] 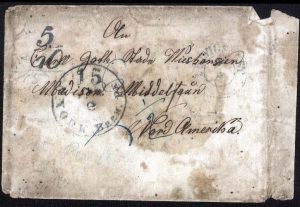 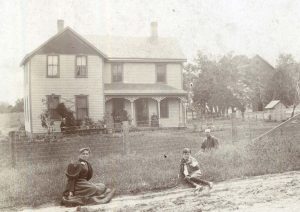 Especially fascinating for linguists are letters written by German Americans in the second and occasionally third generation. Even though they were mostly bilingual, the writers would have received a (rudimentary) German education in America and felt comfortable corresponding in German. Sometimes, English words and expressions snuck into the German letters and were spelled phonetically.  Can you guess the following English words?
Titscher — Fenz ­— Leif Inschurenz — Kartoffel Buck — Slippingkar
[teacher — fence — life insurance — potato bug — sleeping car]

The personal letter collections at the Max Kade Instiute vary greatly in size, content, and time frame. We collect hard copies of primary resources and scans in our ever growing digital collection. It is our mission to make them as widely accessible as possible. This includes transliteration of the old handwriting to modern German type, translations into English, and selective postings online. To date, the following two collections are available online in their entirety: 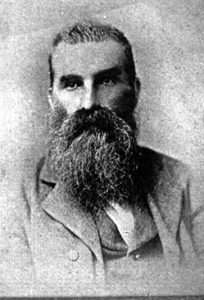 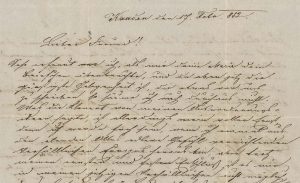 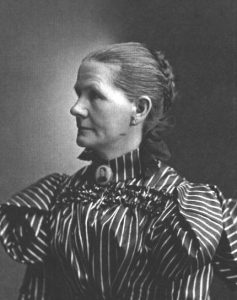 We are also excited about a new collaboration with the German Historical Institute in Washington, D.C., on their German Heritage in Letters project (germanletters.org). This project aims to create a digital collection of letters sent from German-speaking lands to immigrants in the United States before 1920.

Check out the four letters written from Germany in the MKI’s Dobberpuhl-Krueger Collection that are posted on the site. The Dobberpuhl family was part of the migration of Old Lutherans who left the Prussian province of Pomerania after the King of Prussia merged Lutheran and Reformed denominations. In the 1940s, they settled north of Milwaukee in what is today Ozaukee County. Read more on the Dobberpuhl-Krueger Collection in an article by MKI Director Mark Louden in the Fall 2019 MKI Newsletter.

Do you have German-language immigrant letters or other German-American documents?
We would love to hear from you!

We are interested in scans of original documents for our digital collection (we can do the scanning), as well as originals. For more information see the MKI collection criteria or contact MKI Librarian Kevin Kurdylo: mki@library.wisc.edu. If you have letters written from Germany to America before 1920, consider scanning and sharing them on the German Heritage in Letters website! If you have questions, contact Atiba Pertilla at contact@germanletters.org.

Do you own old German letters that you cannot read?  The MKI website has a list individuals who do transcriptions and translations for a fee. If you can read the old German script and are interested in helping with transcription projects, contact Antje Petty (apetty@wisc.edu) or Atiba Pertilla  (contact@germanletters.org).

Some of you are using the extra time at home to dive deeper into family research. We wish you success in finding new clues, stories, and documents, – and maybe even some personal letters.

All the best,
Antje, Hope, Kevin, and Mark