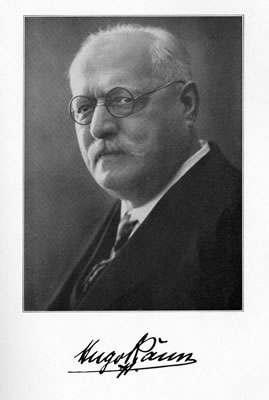 Hugo Kaun was born in Berlin in 1863 and died there in 1932. In 1886 he moved to Milwaukee and became actively involved in the musical life of the city. He conducted the Milwaukee Liederkranz, the Milwaukee Männerchor and was the director for the 1891 Northwestern Sangerbund festival held in the city. He taught at the Conservatory of Music. 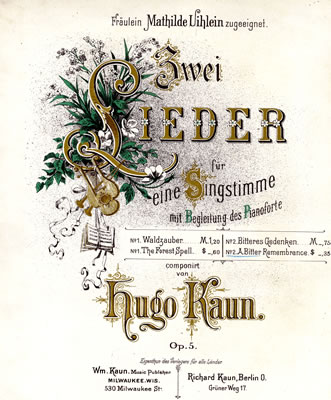 As a composer, Kaun penned works in all the major forms. He wrote four operas and other large vocal works including a Requiem, orchestral music and two piano concertos, numerous chamber pieces, works for piano, dozens of songs, and many pieces employing a männerchor.

In the late nineteenth and early twentieth centuries, Kaun’s music was championed by conductors Theodore Thomas and Frederick Stock who both programmed many of his works with the Chicago Symphony Orchestra. All three symphonies, his symphonic poems “Minnehaha” and “Hiawatha” and the Fantasiestuck for violin were among the pieces performed on concerts by this major orchestra.

In dramatic contrast to these works in the western classical tradition, Kaun also displayed a lighter side and composed polkas, gallops and other salon music under the pseudonym Ferdinand Bold. 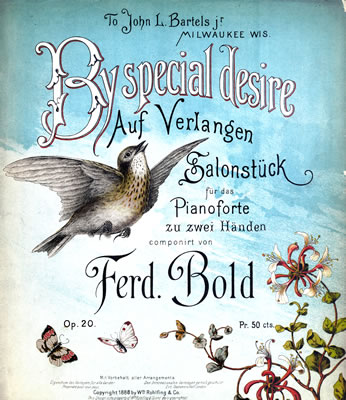 In 1902, Kaun returned to Berlin to live, teach and compose.

Two representatives of the German-American musical tradition in the twentieth century are noted here. Both are composers with interesting connections to Wisconsin and Madison. 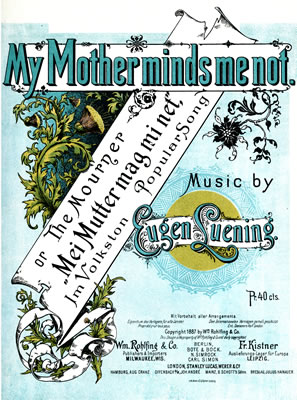 Otto Luening (1900-1996) was born in Milwaukee into a musical family. His mother was a singer and his father Eugen conducted the Milwaukee Musical Society for many years, also serving as the chair of the University of Wisconsin School of Music in the early twentieth century. Otto studied music in Munich and Zurich. In the United States he taught at the Eastman School of Music, Bennington College, Barnard, and Columbia University. Luening’s compositions span opera and chamber music, symphonic works and songs. In the early 1950s he began experimenting with electronic music. Luening conducted the premiere performances of Gian Carlo Menotti’s opera The Medium and Virgil Thomson’s The Mother of Us All. The UW School of Music sponsored an Otto Luening Weekend in 1977.

Ernst Krenek (1900-1991) was born in Vienna and died in Palm Springs, California. Krenek established himself as a composer in Europe in the 1920s, and in the late 1930s became a naturalized US citizen. His teaching positions included stints at Malkin Conservatory in Boston, the University of Michigan, and from 1942-1947 he taught at Hamline University in St. Paul, Minnesota. During this period he developed a strong friendship with Carl Bricken, Chair of the UW School of Music, who brought Krenek to teach in Madison for three successive summers in the early 1940s. Correspondence between the two survives at the UW Archives and points to Krenek’s fond feelings for Madison and Bricken. Despite Bricken’s departure in 1946 for another appointment, Krenek’s reputation endured in Madison as the School of Music held a Krenek Festival in 1954 with the composer in attendance.