Singing Societies and the 1886 Saengerfest 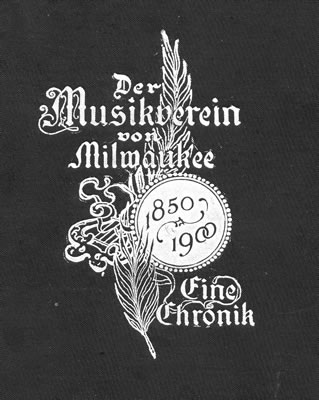 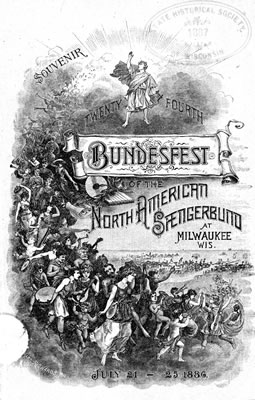 One of the contributions made by nineteenth century German-Americans to the musical fabric of their new homeland was the establishment of singing societies. Formed in many of the large cities nationally, cities such as La Crosse, Madison, Portage, Ripon, Sheboygan, Watertown, and Wausau were among the places where societies were active in Wisconsin. The singing societies brought both vocal and instrumental music to an eager public but also served to perpetuate German social customs and language. Local groups often banded together to form a larger association, a saengerbund, which would hold periodic musical gatherings for its members. 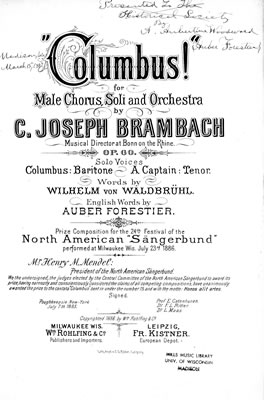 One of the major musical events in nineteenth century Wisconsin occurred when the Milwaukee Musical Society hosted the North American Saengerbund Festival in 1886. Comprised of member societies from across the nation, eighty-five individual groups from St. Louis to New York and Chicago to Louisville journeyed to Milwaukee to participate in the five-day event. Over the course of the festival were many performances, including the Mozart Requiem for which a chorus of 1200 joined an orchestra of 120 musicians to perform for an audience of 12,000, some of whom traveled from Europe to attend. 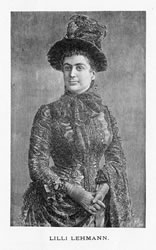 One of the soloists for that 1886 festival was internationally known operatic soprano Lilli Lehmann (1848-1929) who, among her many accomplishments, sang in the first complete Ring cycle in Beyreuth in 1876. She broke her contract with the Berlin Hofoper in 1885 to join the Metropolitan Opera in New York where she remained for several seasons. She emerged in the late 1880s as the “world’s leading Wagnerian soprano” according to author Michael Scott, and her singing defined the Wagner style well into the twentieth century. She was the only first generation Wagnerian soprano to make sound recordings.

Local Milwaukeean John Plankinton subsidized a composition contest for a cantata to be premiered at the 1886 Saengerfest. Casper Joseph Brambach (1833-1902), German composer and director of music in Bonn, won the $1000 prize for his piece Columbus! for male chorus, soli, and orchestra.