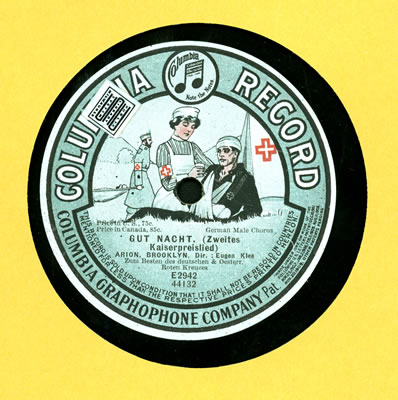 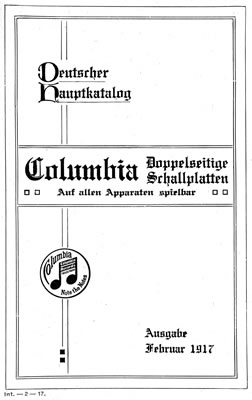 In 1900, over thirteen percent of the population in the United States was foreign-born, and the emerging phonograph record industry quickly realized that these new citizens represented a large potential market. Richard Spottswood observed, “In a country with strange customs and values, where other people spoke an unfamiliar language, a phonograph could and did provide a means of emotional retreat to one’s homeland. Records of familiar songs reinforced traditional values and an immigrants’ sense of self-worth.”

By the outbreak of World War I, sales of records and phonographs to the immigrant community had become big business. Victor had issued six thousand ethnic records by 1920 and Columbia had issued six thousand by 1923. This steady stream of ethnic recordings issued by major labels peaked about 1930, but soon thereafter the effects of the depression caused a rapid decline in their output. 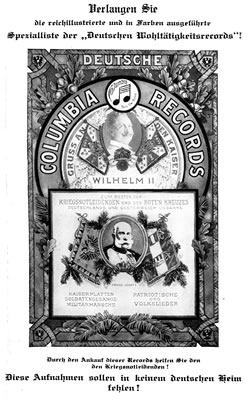 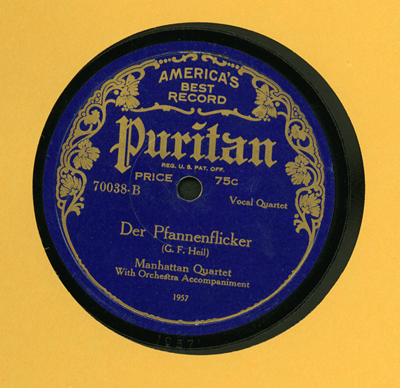 Spottswood wrote that the 1920s “formed the same focus point for ethnic music as it does for jazz.” He went on to say, “It was still possible in the twenties to hear rural and village music from the old world played by recent immigrants who kept it more or less intact.”

Columbia Records issued many German language records including these which were sold from 1916 to early 1917 to benefit Austrian and German war widows and orphans. The series abruptly ended when the United States entered the war.

Puritan Records, originally from Sheboygan and later from Port Washington, Wisconsin, had great success with its German language record series in the 1920s.

Helvetia Records of Monroe, Wisconsin, produced records for the Swiss community. Some were recorded in Europe, but Wisconsin folk musician Otto Rindlisbacher of Rice Lake also made records for Helvetia.