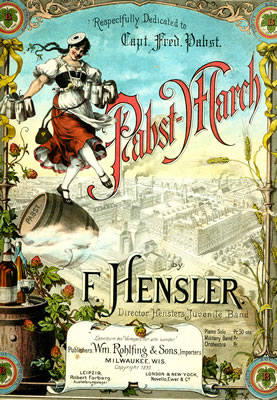 Beginning about 1850 and going into the 1920s, Milwaukee was home to a succession of notable music publishing houses, some with American roots and others developed by German-Americans. H. N. Hempsted, William Rohlfing, Charles K. Harris, Joseph Flanner, and William Kaun all presided over successful music publishing operations. Typically, such enterprises were part of larger commercial endeavors that included the sale of sheet music, pianos, and other instruments. Hempsted and Rohlfing eac 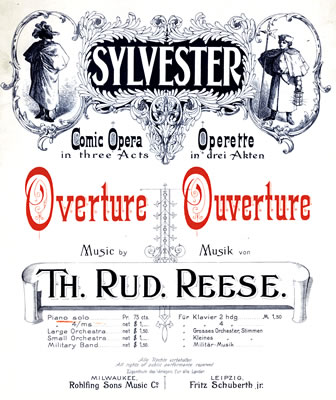 h developed journals to promote their business but also to enrich the musical public through educational articles. Examples from the publishing firms of German-Americans William Rohlfing and William Kaun are displayed here:

William Rohlfing (1830-1908) established his Milwaukee music publishing firm in 1878. Born in Osnabrueck, Germany, Rohlfing first worked in Baltimore with the Knabe Piano Co. before relocating to Milwaukee where he entered the music trade. Rohlfing published both classical and salon music by American and European composers. Milwaukee composers such as Hugo Kaun, Eugen Luening, Christoph Bach, Joseph Clauder, and Charles K. Harris were all represented in the Rohlfing catalog. One of the many interesting aspects of Rohlfing’s publication activities was its strong connection to European music publishers. It is common on a Rohlfing publication to see a second imprint, particularly from a Leipzig music publisher, indicating that the music was simultaneously published and distributed in Germany. 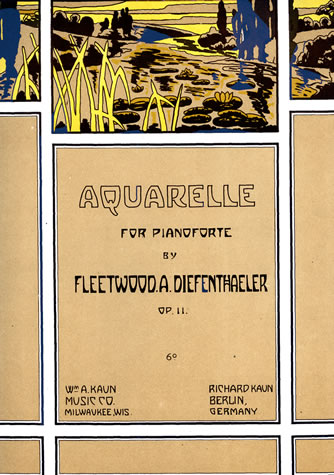 immigrated to Milwaukee as a teenager in 1897. He quickly entered the music publishing business there, initially with business partner Oscar Bluemel, but within a few years completely on his own. Kaun published both classical and popular pieces, sometimes in cooperation with another brother, Richard Kaun of Berlin, Germany, who also headed a music publishing enterprise.

At William Kaun’s death, Milwaukee newspaper critic Catherine Pannell Mead remembered him as a genial man, always ready to do a good deed, one who suppo 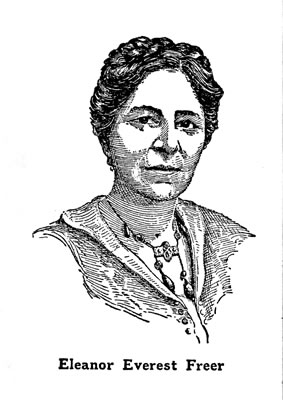 rted young and unknown composers by publishing their works.

When she made these comments, what Mead likely had in mind also included Kaun’s support of local and unknown women composers such as Maude Haben Luck, Addie Seldon Gay, Emma Fink, and Eleanor Everett Freer. Of this group, Freer stands out. In 1906, The Musical Courier ran an expansive article on musical activities in Milwaukee and noted that “Eleanor Everest Freer clearly made one of the sensations of the last season with her highly interesting and original compositions for voice and piano.”

Eleanor Everest Freer (1864-1942) was born in Philadelphia. She studied singing in Paris with Mathilde Marchesi and composition with Benjamin Godard. She taught piano in Philadelphia before moving to Chicago where she studied theory with Bernard Ziehn. Freer composed eleven operas and more than 150 songs.