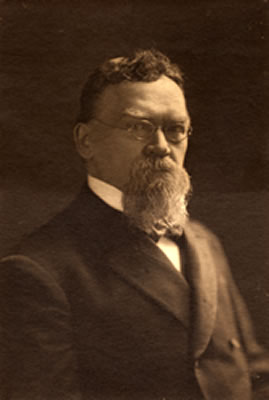 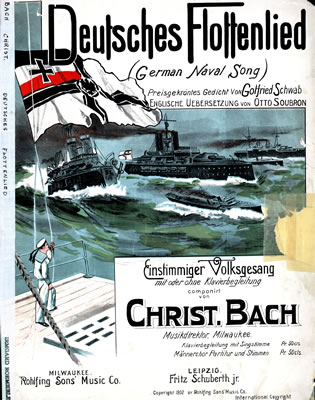 In cities both large and small, bands were a mainstay of nineteenth century American life. From Milwaukee’s earliest days, local bands were often comprised of German musicians. During the 1840s, the “German Band” marched in Milwaukee parades, and in 1843 “a German brass band” provided music at the city’s first outdoor beer garden. Bands were typically associated with social events, even ice skating in a Milwaukee park, where Vetter’s Band provided the music for nineteenth century skaters.

Two of the most prominent nineteenth century Milwaukee bands were led by German-Americans Christoph Bach (1835-1927), and Joseph Clauder (1853-1913). Both men were also composers and their pieces were regularly performed and frequently published.

Author Henry Mendel noted the important influence of Christoph Bach: “At the performances of his orchestra, in small halls, at gatherings where frothy beer was drank and where smoky clouds obscured the air, there was always a quiet and interested audience ready to listen when the director rapped his violin bow.” 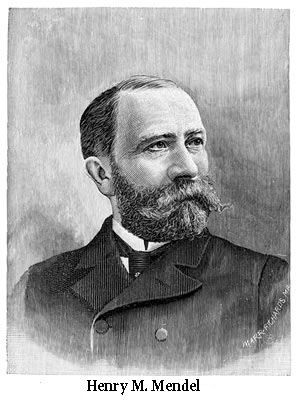 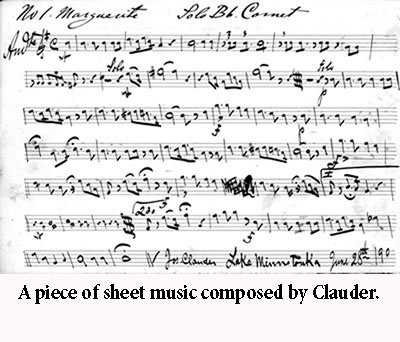 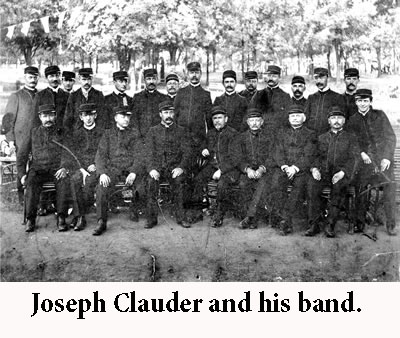 In addition to his activities as a band conductor and composer, Joseph Clauder directed the Davidson Theater Orchestra in Milwaukee for nearly twenty-five years. In the 1890s, he also served as the musical arranger for songwriter Charles K. Harris, a Milwaukeean who penned “After the Ball,” a national hit in 1892 and the song which is generally considered to mark the beginning of theTin Pan Alley era. Clauder received a mere $10.00 for his arrangement; he also the conducted the theater orchestra when “After the Ball” was first introduced on stage. 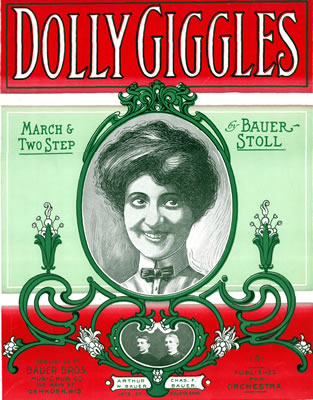 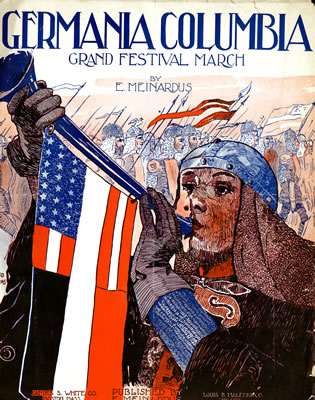 Brothers Charles and Arthur Bauer of Oshkosh were active performers and composers in the late nineteenth and early twentieth centuries, particularly with the city’s Arion Band. Charles was born in Germany and studied music in Leipzig. Meanwhile, Arthur served as a trombonist in Sousa’s Band for a time.

Emil Meinardus (1859-1942) was born in Wilhelmshaven, Germany. He immigrated to the United States in 1884 living briefly in the Wisconsin cities of Racine, Milwaukee and Kiel before settling in Chilton in 1891. He operated a music store there for twenty years. Meinardus composed over 140 pieces for band, orchestra and piano. Many of his works were performed by the Kiel Municipal Band.