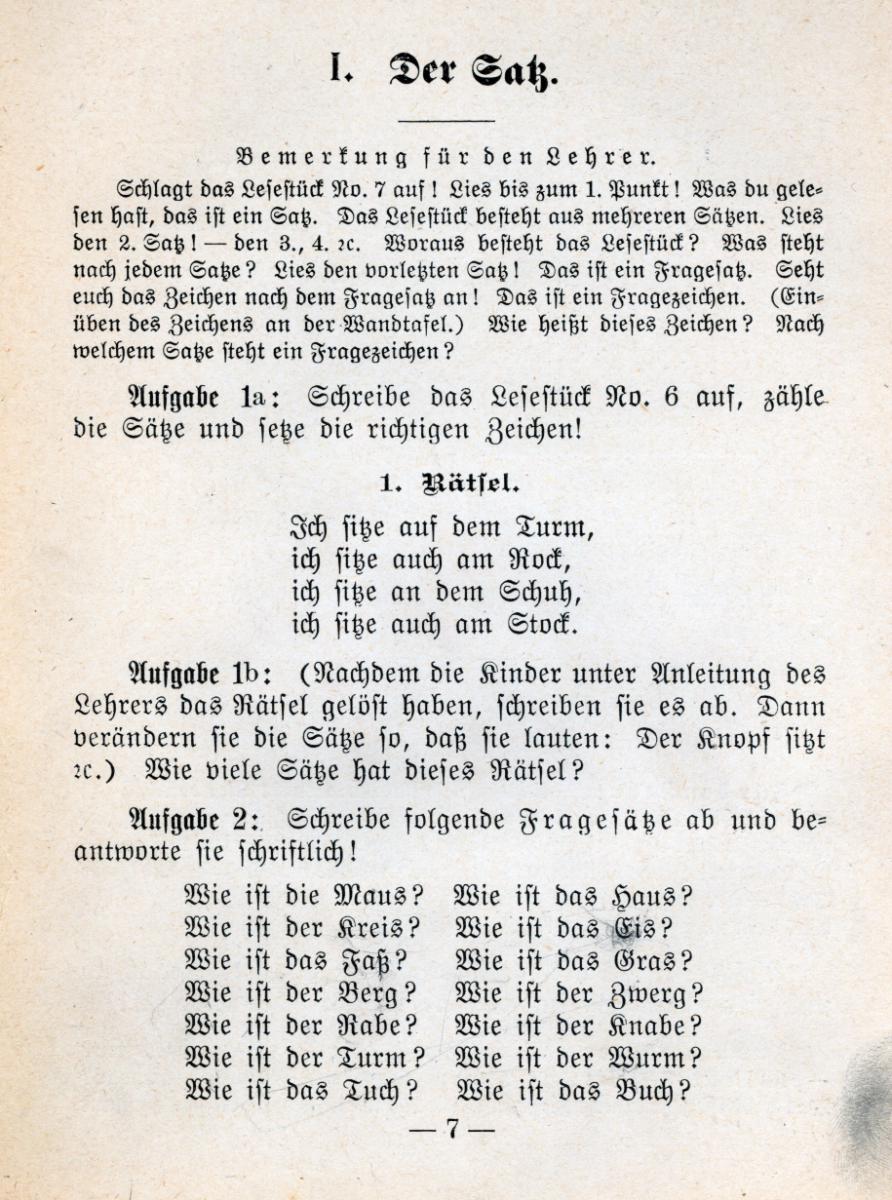 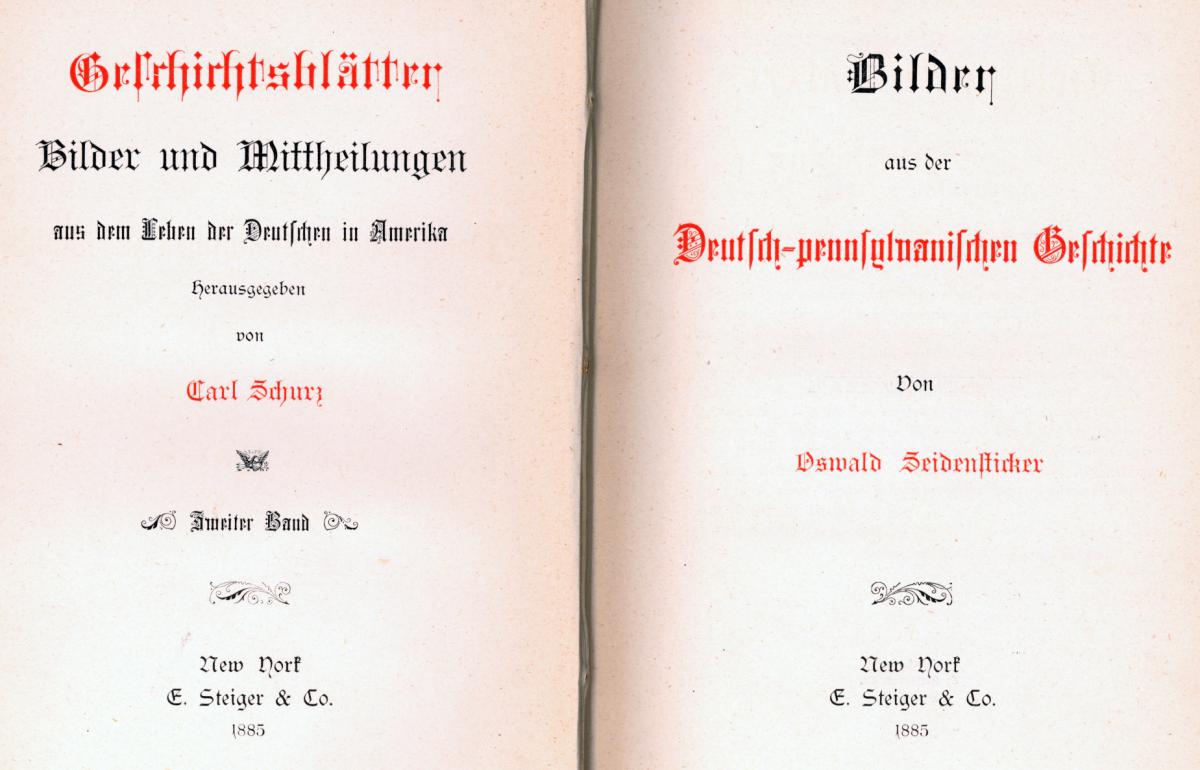 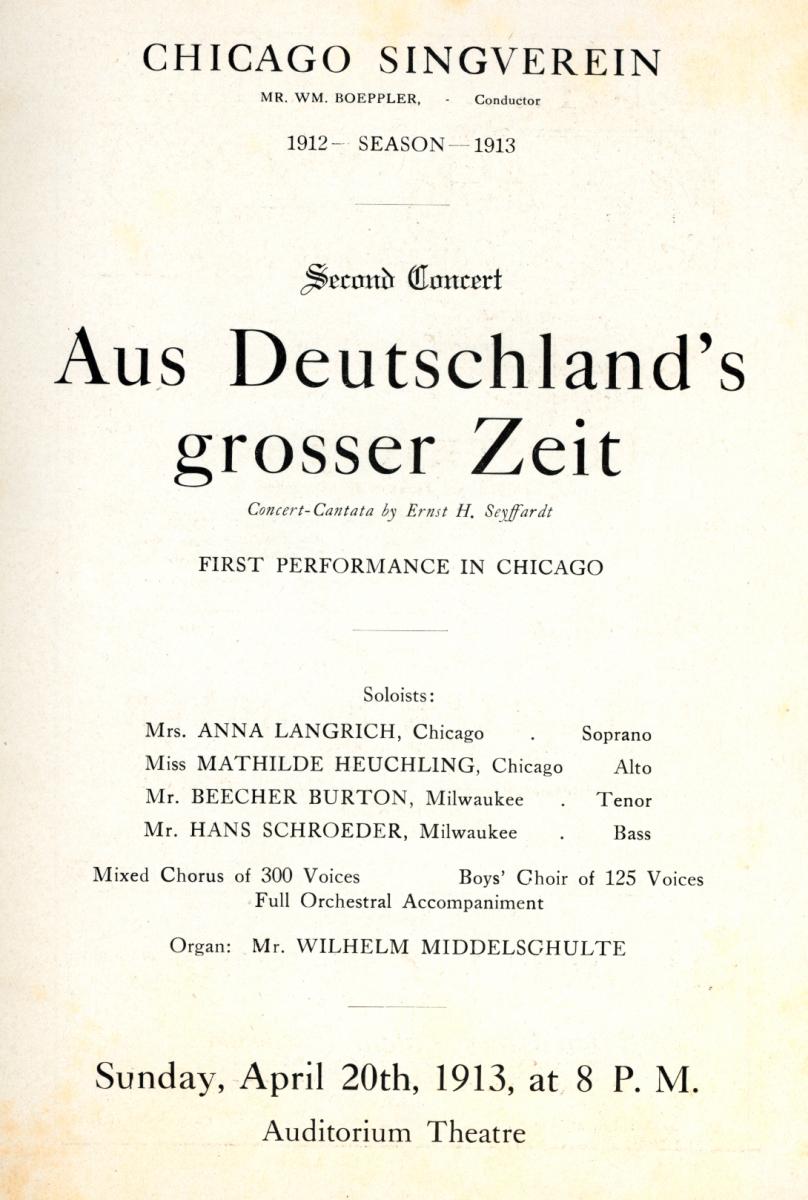 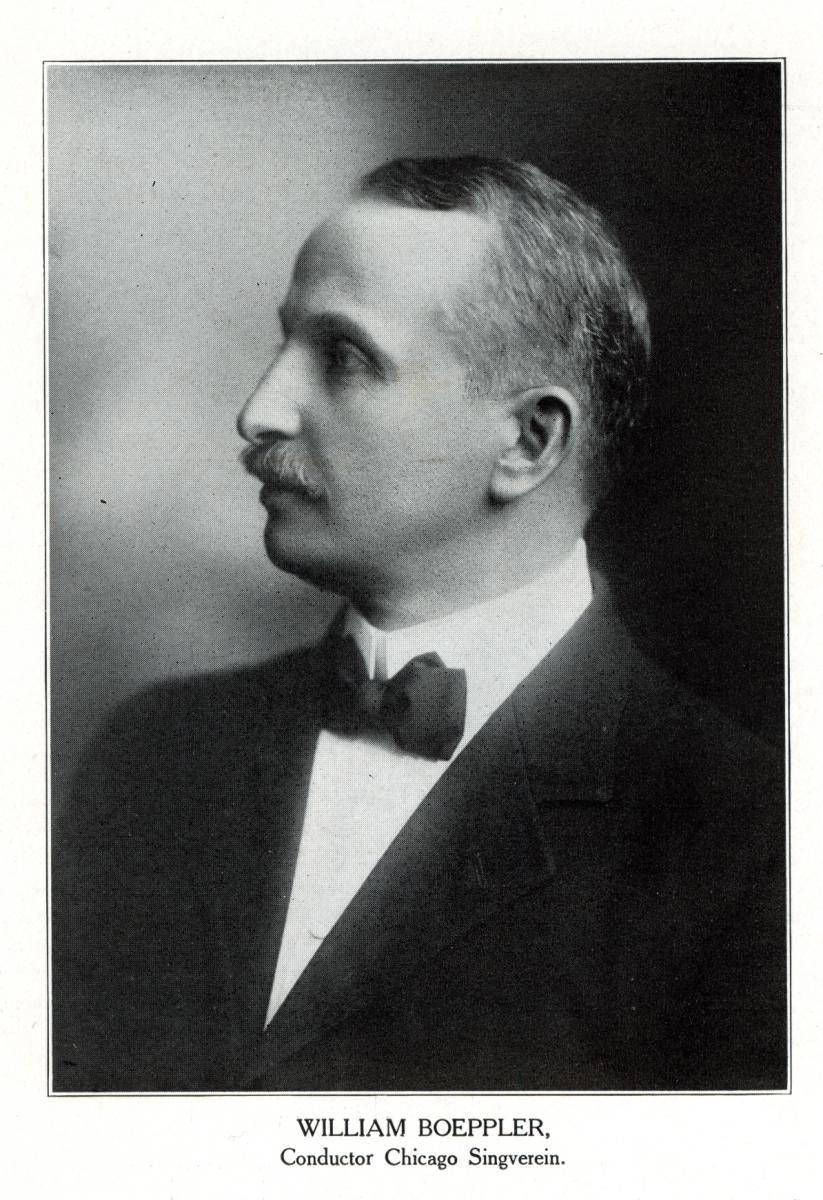 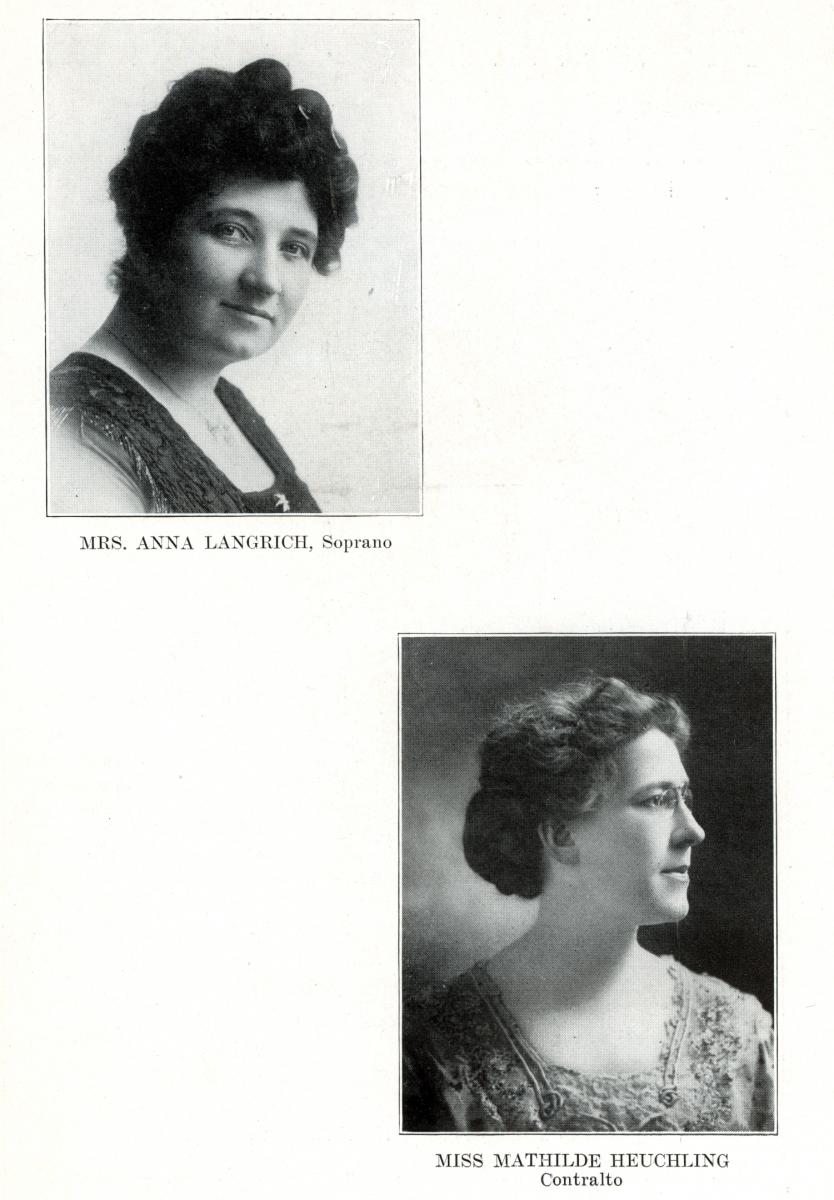 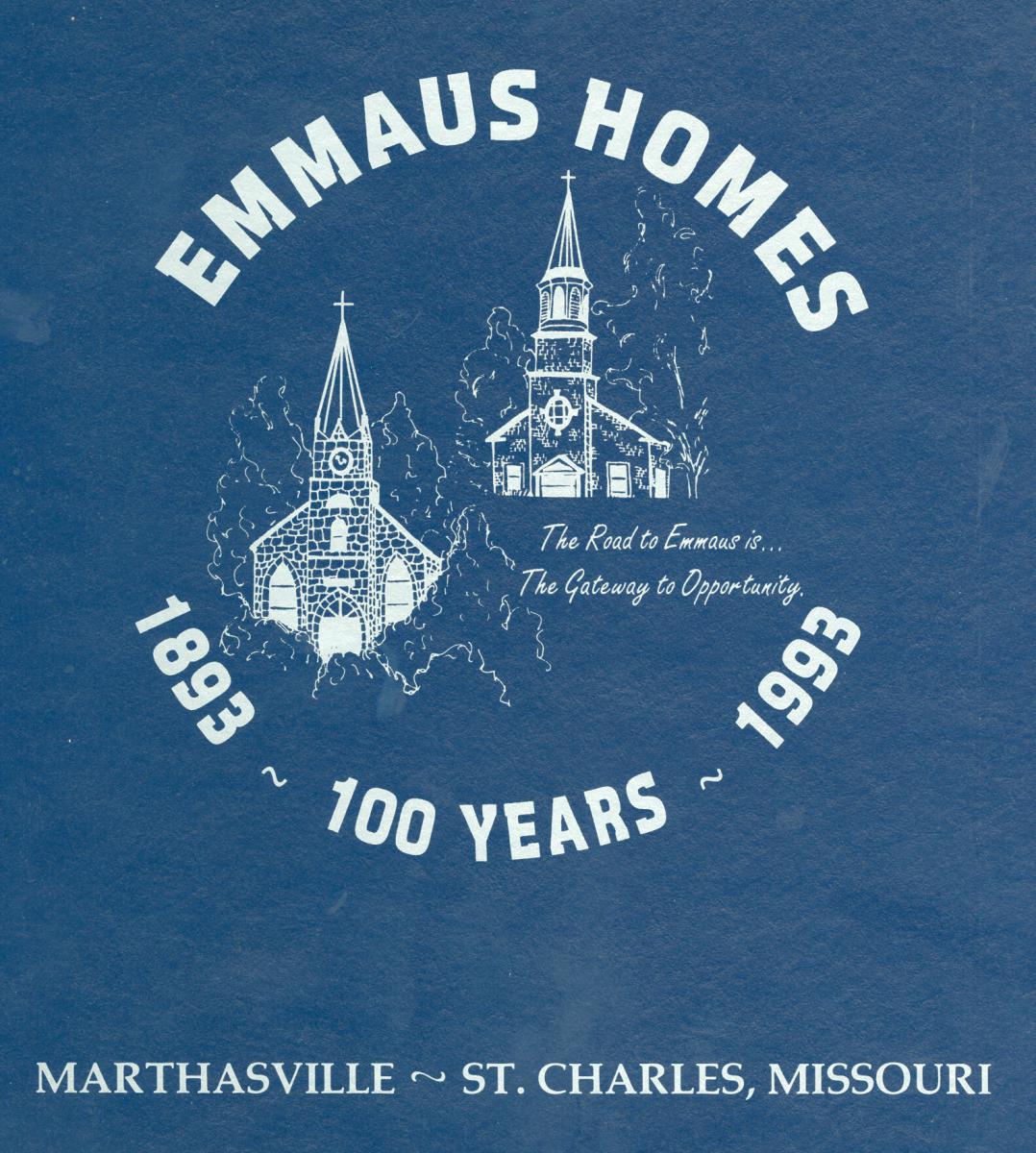 Beam, C. Richard. “Der Ziegdaag: An Interview with Paul B. Horning.” Journal of the Center for Pennsylvania German Studies (Millersville University), vol. 12, no. 4, Fall 2005, pp. 4-5.
Portion of a longer interview in Pennsylvania Dutch , originally published in two parts in the Ephrata Shopping News on May 18 and 22, 2002. The story involves details of “der Ziegdaag” (Moving Day), which traditionally took place on April 1st in the 19th century, and was when “those changing residences moved out of their homes and into another. . . The move was accomplished with all horse-drawn equipment, . . . [and] the first wagon to arrive at the new home was the “Offewaage,” so that the kitchen could be set up. . . [for] the noon meal.” Includes an English translation of 20 words that appear in the text.

Frizzell, Robert W. “An Instance of the Rape of German Women in Civil War Missouri.” Yearbook of German-American Studies, vol. 48, 2013, pp. 25-31.
Includes bibliographical references.
Discusses an instance of probable gang rape in a German settlement by a group of bushwackers in LaFayette County, western Missouri, near the end of the Civil War, as reported nearly sixty years after it was witnessed by the then-eleven-year-old Louis A. Meyer.

Fry, Dorathy. “Noch de Karresiering, no Glebbert’s = After the Courtship, Then the Serenade.” Journal of the Center for Pennsylvania German Studies (Millersville University), vol. 9, no. 1, Winter 2002, pp. 5-7, ill.
Play in Pennsylvania Dutch, with English translation and footnotes. The play was first performed in 1951 at the Kutztown Folk Festival. 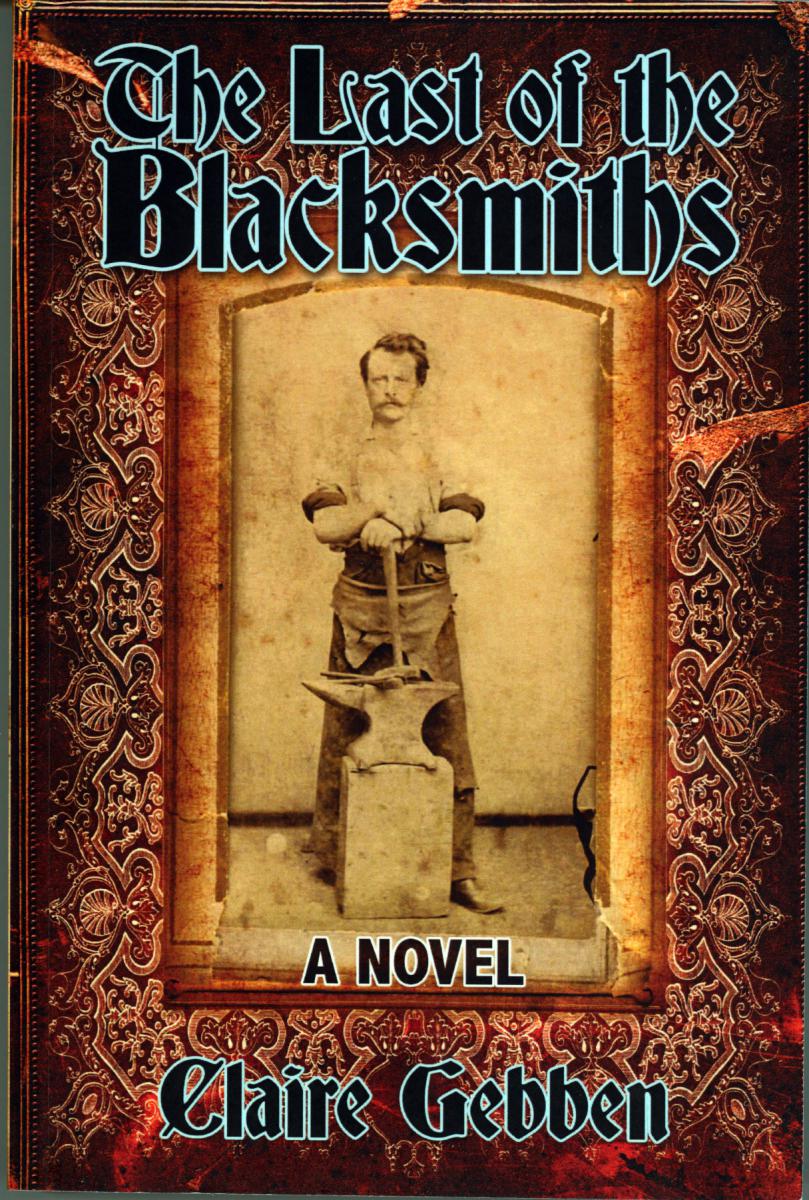 Gebben, Claire. The Last of the Blacksmiths. Seattle, WA: Coffeetown Press, 2014. 334 pp.: map ; 23 cm.
Novel about Michael Harm, farmer’s son in the Bavarian Palatinate, who emigrates to Cleveland in 1857 to apprentice to a relative who is a blacksmith. He experiences rioting, bigotry directed at immigrants, a cruel master, a rival in romance, the Civil War, and ultimately the encroaching machine age which will eliminate the need for his skills.
Donated by the author, January 2014.

Glatfelter, Charles H. “A Tribute to Rev. Frederick S. Weiser, 1935-2009.” Journal of the Center for Pennsylvania German Studies (Millersville University), vol. 15, no. 3, Winter 2009, pp. [1]-13.
Weiser was a Lutheran pastor in Lancaster, Pennsylvania; a chaplain in Germantown, Pennsylvania; an archivist at the Gettysburg Seminary; and pastor at St. Paul’s Lutheran church in Biglerville, Adams County, Pennsylvania. He had interests in genealogy and history, translated parish registers from German, wrote several congregational histories, and wrote on Pennsylvania German life and culture. Includes a partial list of his writings and translations.

Kessler, Frank. “The German Saturday Language Schools in the USA–A Possible Source of Inspiration for the Pennsylvania Germans.” Journal of the Center for Pennsylvania German Studies (Millersville University), vol. 13, no. 4, Fall 2006, pp. 11-14.
Provides a brief history of private German language schools (Saturday Schools) in Boston, Baltimore, Philadelphia, Houston, and elsewhere; and details on who attends these schools.

Mensendiek, C. William. “A Man for His Times: The Life and Thought of David Bowman Schneder, Missionary to Japan, 1887-1938.” Journal of the Center for Pennsylvania German Studies (Millersville University), vol. 12, no.  4, Fall 2005, pp. 6-14, ill.
Originally published in 1972 by the Tohoku Gakuin University in Sendai, Japan. Schneder was born in Bowmansville, Lancaster County, and his native tongue was Pennsylvania German.

Myers, Tamar. Batter Off Dead: A Pennsylvania Dutch Mystery with Recipes. Pennsylvania Dutch mysteries. New York, N.Y.: Obsidian/New American Library/Penguin, 2009. 263 pp.; 22 cm.
During a church breakfast, Minerva J. Jay, known for her prodigious appetite, slumps over after ingesting several stacks of pancakes. Police Chief Chris Ackerman wonders if the serving of the fatal flapjacks is a case of assault and batter. Recipes from “Pancakes A to Z” by Marie Simmons.
Donated by Dale McIntyre, March 2015. 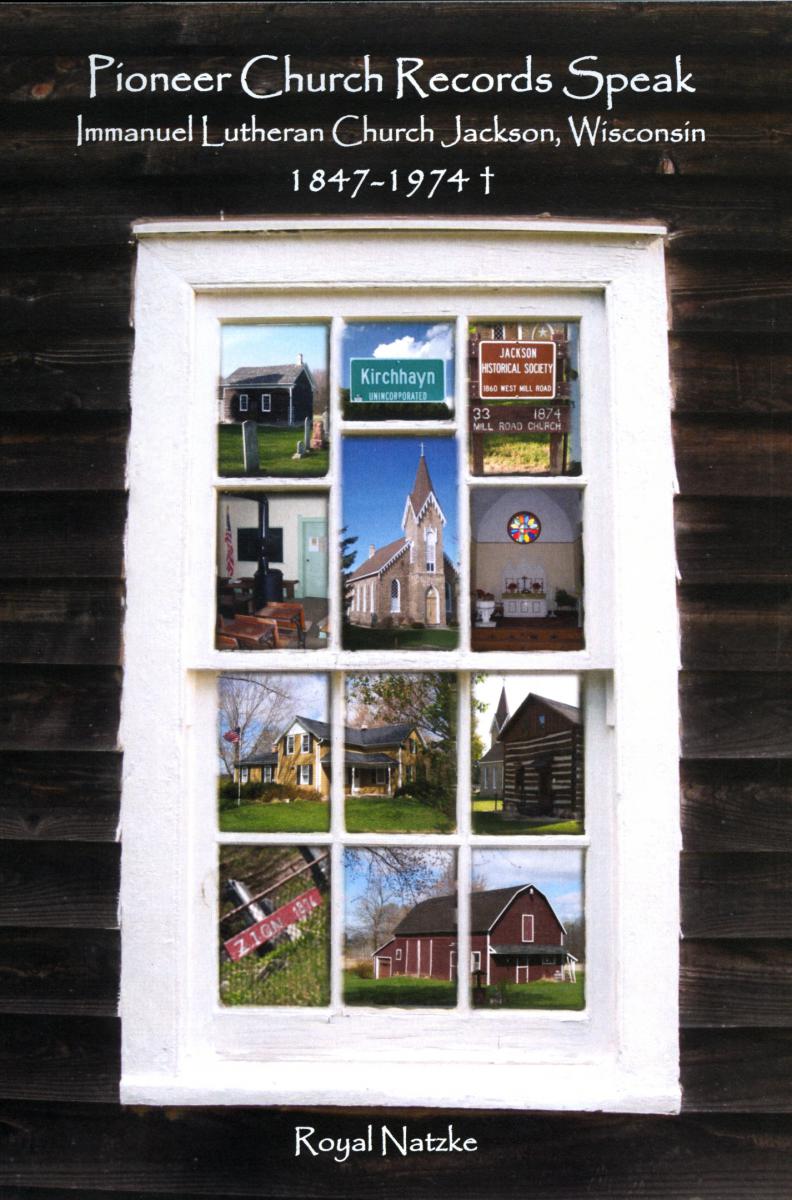 Natzke, Royal W. Pioneer Church Records Speak: Immanuel Lutheran Church, Kirchhayn (Jackson), Wisconsin, 1847-1974. Jackson, Wis.: Jackson Historical Society, 2014. xvi, 220 pp., ill.
Contains translations of church registers (baptisms, confirmations, marriages, deaths, etc.) for the Immanuel Lutheran Church in Kirchhayn (Jackson) Wisconsin, which was founded in 1847 by German Lutherans from Pomerania. Tells the story of the church from its beginnings, its early growth, the serious split of 1876, the reconciliation in 1894, and the decline which included the closing of the school in 1929, and the closing service (a funeral) in 1974. Contents: Annotated chronology — Church registers — Pomeranian background of Immanuel’s “Old Lutherans” — Immanuel story gleaned from early fragmentary records — Stories the three main record sources tell — Ministry staff — Property — Worship — Transitioning from German to English — Conflict/Zion/Reconciliation 1876-1894 — What does this mean? The author’s ancestors were involved in the founding of Immanual Lutheran.
Donated by Jim Danielsen and Royal Natzke.

Roelen, Martin Wilhelm. “Georg Friedrich Veenfliet, ein Weseler Forty-Eighter.” 16 pp.: ill., map.
Includes bibliographical references. Off-print of article, no publication information provided.
Brief biography of Veenfliet (also Veenvliet, Veenvlieth), born April 2, 1813, in Wesel, friend of Friedrich von Beust, August von Willich, and Friedrich and Mathilde Franziska Anneke while in Germany. Charged with treason in early 1849, he fled to Holland, was joined by his wife and then-five children, and all emigrated via Rotterdam to Detroit (December 1849), after which they settled in “Cheboygaene / Blumfield” (Bloomfield), Michigan. There he took up the rural, farming life and participated in local civic activities until his death March 29, 1896. Author Roelen has written about the history and people of the Wesel area researched from the library and city archives.
Donated by Karyl Rommelfanger, May 2015.

Slifer, Frank. “‘Der Umgeschickt Menschefanger’: A Three-Act Pennsylvania German Play by the Women’s Guild of the Maxatawny Reformed Charge.” Journal of the Center for Pennsylvania German Studies (Millersville University), vol. 20, no. 4, Fall 2014, pp. 3-26.
In the mid-1930s, Rev. Dr. Franklin D. Slifer, pastor of the Maxatawny Reformed Charge in Berks County, wrote this dialect play about detective Otto Schmaltz, recently certified via a mail-order course in detection. His first case is to locate Arabella, daughter of Capt. Schmidt, who has eloped with Johnny Gretz. Schmaltz’s efforts are complicated by the escape of two residents of the local insane asylum. The play was originally performed by an all- female cast, and was revived and staged in 1985 by the Goschenhoppen Historians.

Trout, Jennifer L. “Saffran or Saff(e)rich Among the Pennsylvania Dutch of Lancaster County, Pennsylvania.” Journal of the Center for Pennsylvania German Studies (Millersville University), vol. 13, no. 1, Fall 2006, pp. 3-7, ill.
The author describes her own family’s experiences with the growing, picking, cleaning, and use of saffron.

Waffel, Derek. “Friedrich Wilhelm Wehle, Artist of Biblical and Religious Pictures.” Historical Footnotes.  Concordia Historical Institute (Saint Louis, MO), vol. 58, no. 1, Spring 2013, pp. 1-5.
Published by the Department of Archives and History of The Lutheran Church—Missouri Synod, Concordia Historical Institute.
“Wilhelm” Wehle was born in Jonsdorf by Zittau in Saxony, emigrated from Dresden in 1866 through New York to attend Concordia Seminary, St. Louis, and moved with his wife and children to Milwaukee in 1879 where he lived the rest of his life.  He was known during his lifetime as a talented artist of biblical and religious scenes including portraits and altar pieces, and lithograph copies of his works were found in homes and churches across the country.

Werner, Michael, editor. Hiwwe wie Driwwe. Ober-Olm, Germany ; Kutztown, PA: Deutsch-Pennsylvanisches Archiv & Pennsylvania German Cultural Heritage Center, Kutztown University. Vol. 1 – , no. 1 – , 1997 -, 16 p. : ill. ; 27 cm.
In “Pennsylvaanisch-Deitsch.”
The only periodical published completely in Pennsylvania-German dialect “serving the interests of Pennsylvania Germans and Palatinates on both sides of the Atlantic,” this publication is sent to dialect authors and other speakers of the dialect in the U.S.A., Canada, and the Rhenish Palatinate and also to cultural and scientific institutions in North America and Germany. It contains news articles, announcements, cultural and historical information, stories, poems, and language lessons.

No items added to this collection at this time.