No materials donated to this collection at this time.

Boudelier, Nomie, and Harvey L. Prinz. “When a Child Led the Way to the New Country: An Unusual Immigrant Story.” Infoblatt (German American Heritage Center, Davenport, Iowa), vol. 9, no. 3, Summer 2004, pp. 10-11, ill.
Christina Stapp emigrated from Goetzenhain, Hesse Darmstadt, at the age of twelve in 1854. “For six years, from 1854 to 1860, no record of Christina has been found in America, except for a letter she wrote to her father, Philip,…brothers, and sisters from Rock Island, Illinois.” The letter, written in early 1860, is presented here translated into English. Her father and most of the rest of the family joined Christina in Rock Island in June of 1860. A letter from Philip to a son still in Germany is also presented in translation. That son came to Rock Island in 1864.

Engelking, Jr. Rudolph A. “Broomtown, Texas.” The Journal (German-Texan Heritage Society), vol. 26, no. 2, Summer 2004, pp. 152-53.
“Ferdinand Friedrich Engelking (1810-1885) was born in Schluesselburg, Westphalia, Prussia.” In 1839 he immigrated to Cat Spring in Austin County, Texas to join Ludwig Sigismund Anton von Roeder, his wife, and family. The Engleking family operated a successful broom-making business for many years, first in Broomtown, and then in Sealy, Texas. The company was destroyed by a tornado in 1964.

Frantz, Joe B. “Germans in Texas.” The Journal (German-Texan Heritage Society), vol. 26, no. 2, Summer 2004, pp. 158-62.
A brief history describing the first meetings between German immigrants and Native Americans, the religious and educational structure of New Braunfels, the attitude of Texas Germans towards slavery, and their part in both the Civil War and the first World War.

Goc, Michael J., ed. Park Hall: A Symbol of Freedom in America. Friendship, WI: New Past Press, 2004. 64 pp., ill.
Donated by the Free Congregation (Freie Gemeinde) of Sauk City and the Park Hall Preservation Foundation, July 2004.
Tells the story of German immigrants and their contributions to Sauk City, Wisconsin as well as the history of the Free Thought Congregation and Park Hall. Max Gaebler, a former minister of the First Unitarian Society of Madison, writes that Park Hall’s architecture speaks of German architecture while the archives and library in the hall speak of the philosophy of the founders, who left Germany after 1848 during a period of intellectual, political, and religious ferment. Peter Shrake, director of the Sauk County Historical Society, offers a glimpse of Sauk City, Sauk County, and America during the mid-19th century. Paul Wolter, president of the Sauk County Historical Society, profiles Alfred Clas, the architect of Park Hall.

[Knopp, Ken.] “A German State in the New World: The Adelsverein’s Texas Colonization Scheme, 1842-1847.” The Journal (German-Texan Heritage Society), vol. 26, no. 2, Summer 2004, pp. 163-71.
Lists members in the Adelsverein with brief biographies; discusses the “dream of a German state”; describes the role two German Texan leaders, Jacob Kuechler of Friedrichsburg and Eduard Degener of Sisterdale, played in a plan to have the State of West Texas secede from the Confederate States of America; and lists interesting provisions of that proposed state’s constitution.

Leary, James P. “Dialect Songs Among the Dutch.” Midwestern Folklore, vol. 30, no. 1, Spring 2004, pp. 14-35, ill.
Journal of the Hoosier Folklore Society, Indiana State University; donated by the author.
“The relatively neglected Dutch [deriving from ‘Deutsch’] songs considered are in a creolized English that, to invoke vernacular characterizations, has been ‘broken,’ ‘fractured,’ and ‘mangled’ through collisions with an immigrant’s native tongue.” Words are written to reflect an exaggerated, theatricialized German pronunciation, and many “residual words and phrases from the old country” can be found. Leary examines the emergence of Dutch dialect songs, particularly in the Upper Midwest, and its persistance in present-day manifestations. Includes a selected discography. 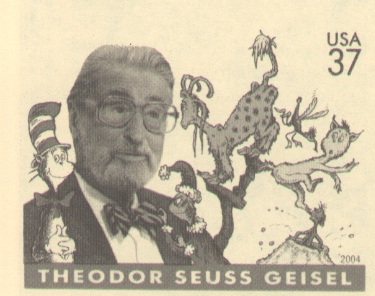 Strehlow, W. H. “On the Road to Strehlow Township.” Germanic Genealogy Journal, vol. 7, no. 2, Summer 2004, pp. 5-9, ill.
Details the “long and arduous road” taken by August Strehlow (1836-1916) from Wepritz (now Wieprzyce), Brandenburg, Prussia. In 1851 he immigrated to Wisconsin with his family, then started his own farm and family in Utica Township, Winona County, Minnesota. Later, at the age of 67, he started a new settlement in Hettinger County, North Dakota, known as Strehlow Township. 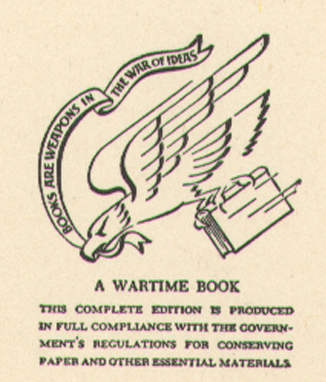 From the Preface: “Times of turmoil and stress produce many changes, some which are by no means for the worse. The tempo of life is stepped up, more must be accomplished, and a definite goal must be reached within a given period. This has been the guiding thought behind [this book]…. it is decidedly shorter, a book to be completed in one semester or term of approximately fifty class periods.”
On t.p. verso: “A Wartime Book. This complete edition is produced in full compliance with the government’s regulations for conserving paper and other essential materials. Books are Weapons in the War of Ideas.”
Donated by Doris Baumann-Harder, June 2004

Hagboldt, Peter, ed. Anekdoten und Erzählungen. Heath-Chicago German Series, Book Three. Edited by Peter Hagboldt. Boston: Heath, 1933. viii, 54 pp.
“There is strong appeal in an interesting anecdote or story, particularly when told in a language which we are struggling to understand. For it is gratifying to find our efforts rewarded by perfect comprehension, that is, by ‘getting the point.’ The present group of anecdotes and stories has been carefully selected and re-written so as to offer entertainment as well as instruction in reading German.”
Donated by Paula Gardina, May 2004.

———. Emil und die Detektive. Edited with introduction, notes, exercises and vocabulary by Lilian L. Stroebe and Ruth J. Hofrichter. New York: Holt, ©1933. xiii, 134, lx pp., ill.
“The hero, Emil, lives in a small city, a few hours distant from Berlin. He takes a trip to Berlin to visit his grandmother. He is to bring her a sum of money, but during the journey to Berlin this money is stolen from him; however he recovers the money with the help of some boys he meets. The background of the story is the city of Berlin and life there and in the provincial city where the boy’s home is. We hear about the incidents of every day life, preparing for a vacation trip, taking a train, a streecar, a taxicab, going to a hotel, to the police station, seeing one’s relatives — all this is told in a delightful way and in the simplest kind of German.”
Inscribed Irene L. Wente; donated by Paula Gardina, May 2004.

Remarque, Erich. Drei Kameraden. Edited by Waldo C. Peebles. New York: American Book Company, 1941. vii, 139 pp.
“This textbook edition…represents a rather drastic abridgment of the original. Ten chapters have been omitted…. There are also many briefer excisions….. Incidents have been retained that contribute to the peculiar charm of the book in its presentation of the German genius for friendship and for deriving rich enjoyment from little things, such as ramblings in the country and savory dinners at little rural inns.” Includes vocabulary.
Donated by Doris Baumann-Harder, June 2004. 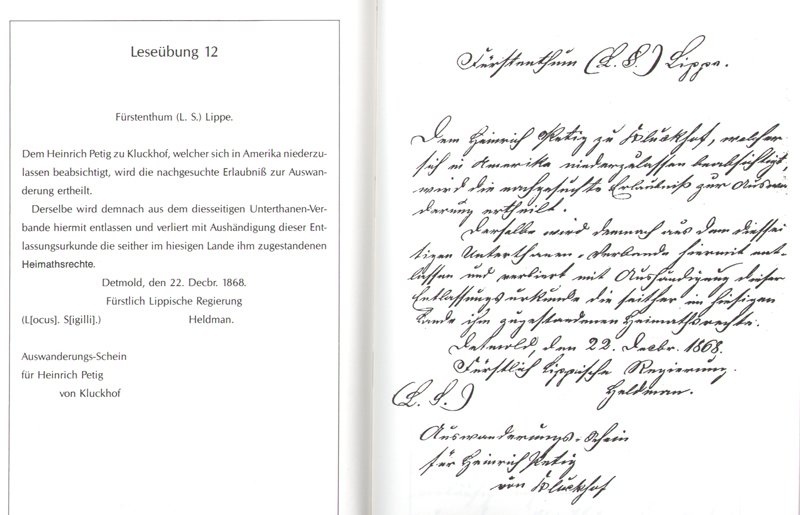