On December 10, Herta Müller accepted the 2009 Nobel Prize in Literature in a ceremony in Stockholm. When the award winner was announced in the fall, many asked: “Who is Herta Müller?” Her selection may have come as a surprise, but the timing was no coincidence. 2009, after all, is the year of the twentieth anniversary of the fall of the Berlin Wall and the end of communism in Europe, and much of Herta Müller’s work focuses on life in Romania under the repressive Ceauşescu regime. Her perspective is that of a member of the Romanian-German minority population, and she writes in German. 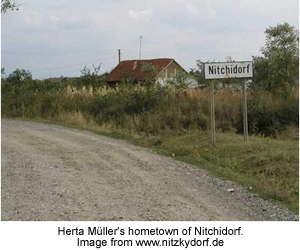 Herta Müller grew up in the small village of Nitchidorf in Romania in a German-speaking family and community founded by immigrants from Southwest Germany over 200 years ago. She studied German and Romanian Literature at West University in Timişoara. Her first work, Niederungen (“Nadirs”)—a child’s view of village life in the German-cultural Banat—was published in German in Romania in 1982 in a state-censored version. As a member of the “Aktionsgruppe Banat,” a group of German-speaking writers who fought for freedom of speech, she soon became a target of the Securitate, Romania’s secret police. In 1987, she and her husband moved to West Germany as part of the “Aussiedler” program, a German government initiative that paid Eastern European countries to let ethnic Germans “come back” to Germany.

In America, where almost everyone has an ancestor from another country, it is sometimes easy to forget that not every emigrant in the world came to this country. In the eighteenth-century, the English colonies in North America and later the United States held many promises for emigrants from southern and southwestern Germany, but there were difficulties also: the voyage itself was treacherous and expensive, and new settlers had to fend for themselves. About half of the approximately 100,000 German emigrants who came to America during the eighteenth and early-nineteenth centuries arrived as “redemptioners”; this means they were taken across the Atlantic in exchange for several years of labor as indentured servants. 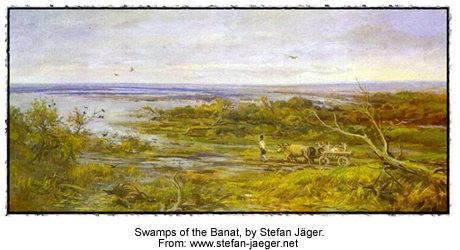 At the same time, Austria-Hungary was looking for people to settle the swampy Danube River region in the eastern part of the Empire that had been depopulated during the Turkish Wars earlier in the century. The area seemed to offer many advantages for would-be emigrants: it was relatively easy to reach by traveling down the Danube; the Austrian government supported the journey; and new settlers received subsidies, tax credits, and special privileges upon arrival. All in all, during the last eight decades of the eighteenth century, over 200,000 people from the Rhineland, the Palatinate, Bavaria, and Alsace and Lorraine moved to the Banat and neighboring Siebenbürgen (Transsylvania). They became known as the “Donauschwaben” (Danube Swabians), even though they were mostly not from Swabia—probably because they embarked from the Swabian city of Ulm.1 Life for the new settlers of the Banat was dismal; many in the first and even the second generation perished from malaria and malnutrition. However, once the swamps had been drained and turned into fertile agricultural land, the region prospered.

It was only in the mid-nineteenth century that the United States became the primary destination for soaring numbers of new German emigrants—again mostly from southern and southwestern Germany. The emigrants still considered Eastern Europe as a destination, but the United States had become far more attractive. Traugott Bromme in his 1846 Rathgeber für Auswanderungs­lustige (Advice Book for Those Who Desire to Emigrate) puts it this way:

He who considers emigration should not deceive […] himself. The far Eastern region of Europe can be easily and cheaply reached by way of the Danube, but because of the different nationalities, unstable political conditions, and the low social status of the peasantry, it is not a good place to live. Any German who emigrates to a place […] other than the United States is a fool. The higher travel costs are outweighed by the excellent quality of the land [in America]. Furthermore, [in America] [the immigrant] is entirely his own man and safe from political upheavals. This is not the case in the East, be it Hungary, Transylvania, Galicia, Russia, Poland or—even worse—Moldavia. […] [In Eastern Europe] the man of the land has the lowest rank in society and is often the one who has to support the other classes, while in America the farmer ranks number one.

Over time German immigrants and their descendants established themselves in America and in Eastern Europe and developed their own unique regional cultures. In many immigrant communities in the United States and virtually everywhere in the Banat, German continued to be spoken through the generations. 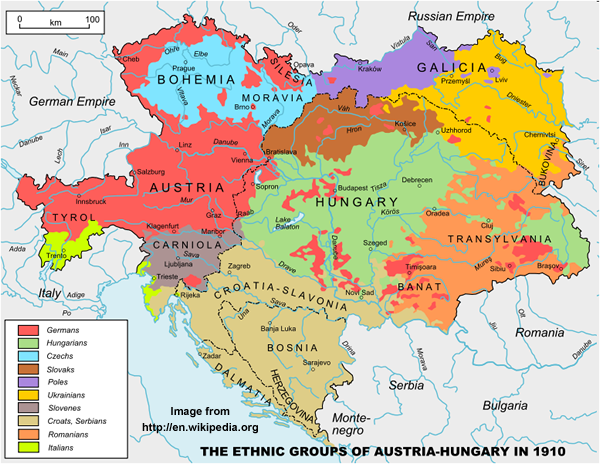 This changed during the twentieth century. After World War I and the restructuring of the Austro-Hungarian Empire, the Banat was divided between Hungary, Serbia, and Romania. In Hungary, all ethnic minorities were subject to new magyarization policies, which motivated many Germans to leave, with some emigrating to America, but in the Romanian Banat the fabric of the ethnic German communities stayed largely intact. After World War II, however, all ethnic Germans were expelled from the Serbian Banat; Germans in Romania were sent to Russian labor camps for several years, and their lands were confiscated. Later they were allowed to return to their Romanian communities, which continued to be islands of Danube Swabian culture and German language that became ever more beleaguered under the communist regime.

When in the 1980s, the “Aussiedler” program offered ethnic Germans an opportunity to leave Romania, most jumped at the chance. Within a few years, half the German population had left, and after the fall of communism in 1989, the rest followed. Today there are virtually no descendants of the original German settlers left in the Banat: instead, they live in their ancestors’ country of origin. Herta Müller is one of them. She is among the more than three million “return-migrants” (about 300,000 from Romania) who now contribute to modern Germany’s increasingly multicultural society. For them three centuries of German migration have come full circle.

In announcing the 2009 award, the Swedish Nobel Academy lauded Herta Müller for the frankness of the poetry and prose with which she depicts the landscape of the dispossessed. Her works are the story of her experience with oppression, displacement, and totalitarianism. At the same time, her family’s history is another story of German emigration—the story of a group that did not immigrate to America.

1In a parallel migration, beginning in the 1760s, thousands of German families also moved to Russia, where they had been encouraged to settle by Empress Catherine for similar reasons and with similar privileges. (Return to text)

Return to the MKI’s Online Papers