German-speaking immigrants helped found and shape the city of Oshkosh. Their traces are all around. We see this history in street names (Knapp, Witzel, Fernau) or in local businesses (Kitz and Pfeil Hardware, Schultz Pharmacy, Beck’s Meats). But often the immigrants’ stories are forgotten, and their rich ethnic heritage is taken for granted or overlooked. Here are some sample portraits of individuals who left their mark on the city and its culture. 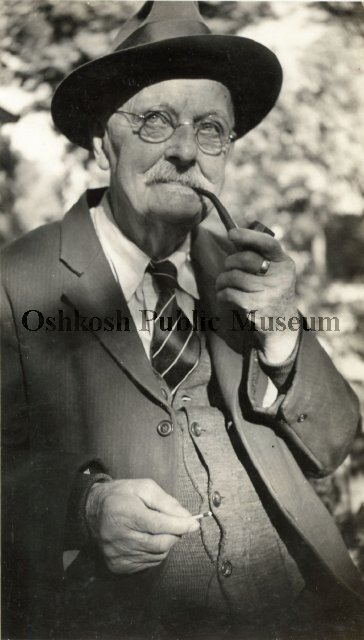 The German-American painter and muralist Gustav Behncke (1852-1937) came to America in 1872 and settled in Oshkosh in 1877, where he was a prominent craftsman and artist for the next six decades, decorating the homes of the Oshkosh lumber barons as well as churches across the state of Wisconsin, and painting large canvases. Over 25 of Behncke’s paintings are still on view or in public holdings throughout the city of Oshkosh, including in the Oshkosh Public Library, Riverside Cemetery the Masonic Temple, the Waters, Trinity Lutheran Church, and the Oshkosh Public Museum. His favorite themes are nautical images, Western scenes, Native American tableaux, and religious motifs.

Oil Painting by Oshkosh Artist Given to Legion — […] Mr. Behncke’s birthplace was Hamburg, Germany, one of the greatest seaports of the world. Because of his great love for the sea, the artist ran away from home at the age of 14 years. He returned home and began the study of art, but the sea called again and Mr. Behncke listened. He finally landed in America and after traveling in various parts of the country settled in Oshkosh where he was married. The sea called again, but Mr. Behncke could not answer it again. Instead he brought the sea to Oshkosh with his paintings. To read more, click here.

Artist Presents Big Oil Painting to City as Gift — Gustav Behncke, artist and resident of Oshkosh for 54 years, has presented to the city a large oil painting depicting the resurrection of Christ. The cemetery board Wednesday evening accepted the gift on behalf of the city, and it was announced the painting will be hung in the chapel at Riverside cemetery. To read more, click here.

Oshkosh Painter Asked to Attend Black Hills Fete — Deadwood, S. D. – – An invitation to attend the annual summer fete in August of the Days of ’76 is being extend by the committee to Gustave Behncke, 83, Oshkosh, Wis., who is believed to be the last surviving member of the Gordon Stockade party which visited the Black Hills in 1974. To read more, click here. 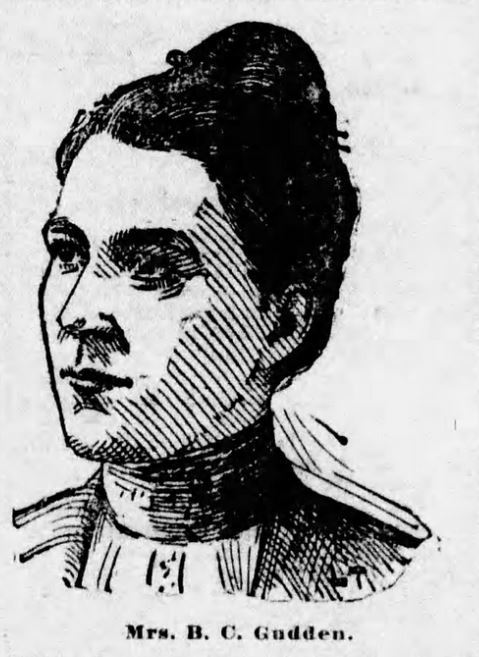 Sophie Gudden (1861-1919) was born in Munich; her father was the psychiatrist who diagnosed and mysteriously drowned with “mad” King Ludwig II of Bavaria in 1866. She married her American cousin from Black Wolf, also named Dr. Bernard Gudden, who was studying medicine in Germany, and in 1864 they moved to Oshkosh, where he was a prominent doctor and surgeon. Sophie Gudden was an influential public speaker and organizer for women’s rights, founder of the Wisconsin Political Equity League. She held speeches in English and German and wrote for English and German newspapers. Gudden maintained her activism until 1916 despite severe arterial sclerosis that confined her to a wheelchair. She died shortly after Wisconsin ratified women’s suffrage.  Read more about Sophie Gudden below. 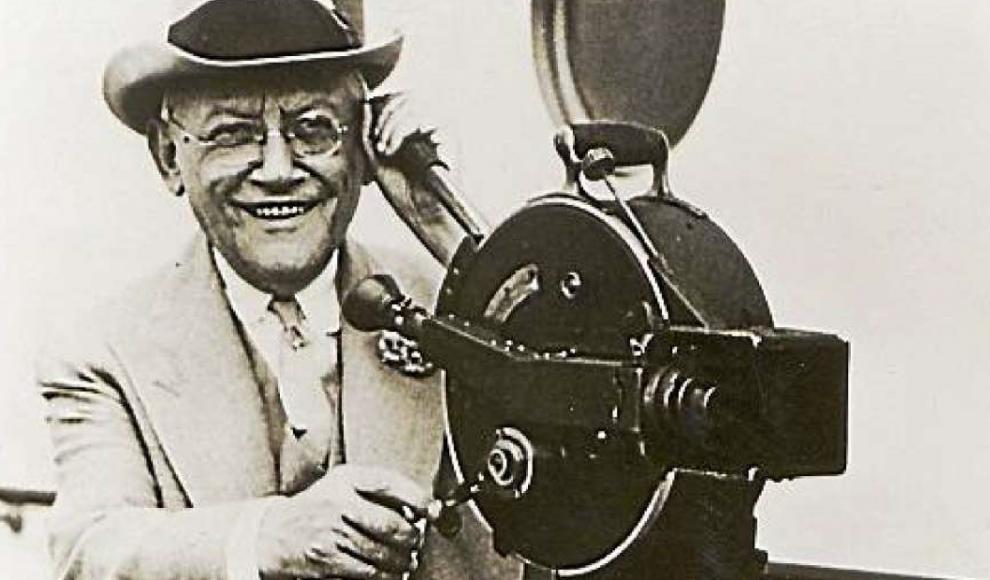 Carl Laemmle (1867-1939) was a foundational German-American film entrepreneur. In 1884, he immigrated from Germany to Chicago and then settled in Oshkosh, where he started a family and worked for the Continental Clothing Company on Main Street. He returned to Chicago in 1906 and began a career as a film mogul, operating movie theaters and then producing films. In 1915, he was co-founder and President of Universal Film Studios, first in New Jersey, then in California. Among his successful productions were The Hunchback of Notre Dame (1923) and The Phantom of the Opera (1925). In the 1930s, he rescued many German Jews from the Third Reich, especially from his hometown of Laupheim, by providing sponsorship to the US.

Watch a trailer for a video documentary on Carl Laemmle.

In 1912, Carl Laemmle sent a camera crew back to his former home of Oshkosh to document life in the city. Watch “Oshkosh in Motion.” 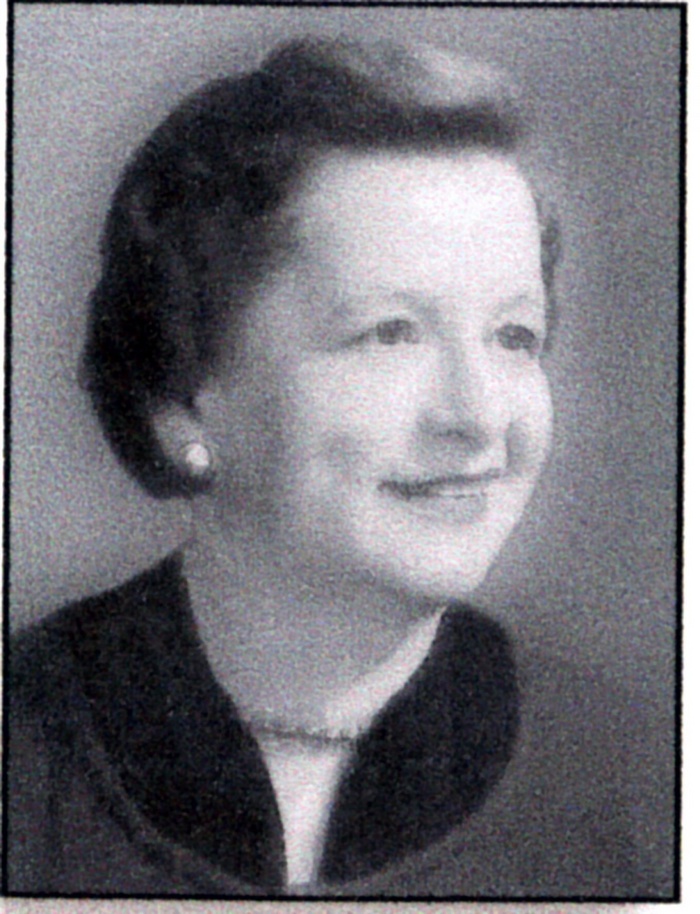 Alberta S. Kimball (1906-1996) was born Alberta (Berta) Sorger in Nuremberg, Germany, and came to the United States through Ellis Island in 1914 with her mother and four siblings to join their father in Milwaukee, where he was a florist and greenhouse owner. In 1926, she married journalist and editor Miles Kimball (1906-1949), whom she met at the University of Michigan, and they moved to Oshkosh in 1930. He cofounded a mail order firm that became Miles Kimball Company, in which Alberta served as Secretary and Director, and later as Vice-President. After her husband’s death, she took over as President until the firm’s sale in 1980. She was also involved in publishing, media, oil, gas, and electricity enterprises in Wisconsin and around the country. Mrs. Kimball was an economic and philanthropic leader in the city of Oshkosh. Downtown revitalization was an important cause for her: In 1970, she opened Park Plaza in Oshkosh, the nation’s first enclosed downtown shopping mall (now City Center), and in 1986 she launched the Oshkosh Hilton and Convention Centre. That same year, she started a foundation to support the arts, medicine, and education. Among many projects, she supported the Public Library renovation of 1993—an anonymous gift that only became known after her death. Today’s Oshkoshers may best know her name for the Alberta Kimball Auditorium, which was named in her honor in 1998. 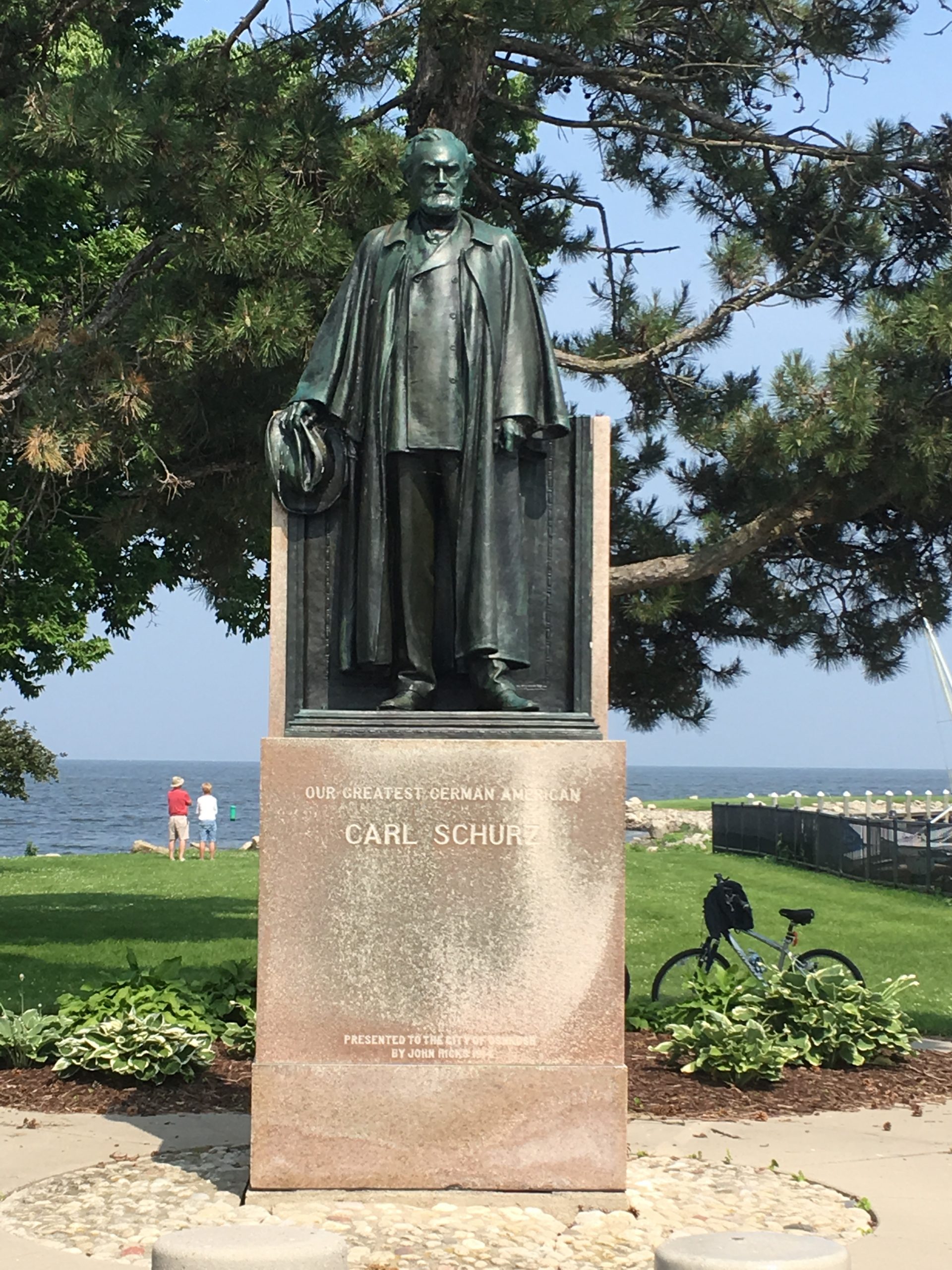 Carl Schurz (1829-1906) never lived in Oshkosh, but a statue of him looms large in the city. As is written on the pedestal of this Oshkosh monument, the German citizens of Oshkosh considered  Schurz “Our greatest German American.” After escaping prison in the wake of the 1848 revolution in Germany, Carl Schurz came to the United States in 1852 and settled in Watertown, Wisconsin, where he worked as a journalist and was active politically.  He later joined the Republican Party and served in the Union Army during the Civil War.  Schurz served as Secretary of the Interior (1877-1881) and Minister to Spain (1861), was the first German-American US Senator (for the state of Missouri, 1869-1875), wrote for many newspapers, and penned several books. He died in New York City. While he lived in Watertown, his wife, Margarethe  Meyer Schurz (1833-1876), founded the first Kindergarten in 1856. In 1860, Carl Schurz came to Oshkosh to give a speech in German in support of abolition in German for a Presbyterian church group.

Over four decades later, John Hicks, publisher of the Northwestern, donated a monument to Schurz which was dedicated on the Fourth of July, 1914. The statue is a copy of an original in New York City, both by Karl Bitter. Colonel Hicks donated many other landmarks to Oshkosh, including the Soldiers Monument on Opera House Square and the lions at the entrance to the Oshkosh Public Library.

Read the “Dedicatory Address of Emil Baensch, Manitowoc, Wis., delivered in Oshkosh, Wis, July 4, 1914, at the unveiling of the Carl Schurz Monument.”

There is more on the monument and Carl Schurz in a pamphlet published by the Oshkosh Daily Northwestern in January, 1919, and dedicated “in memory of Colonel John Hicks,” entitled Public Monuments, Parks, and Art-Gifts, given the city of Oshkosh.