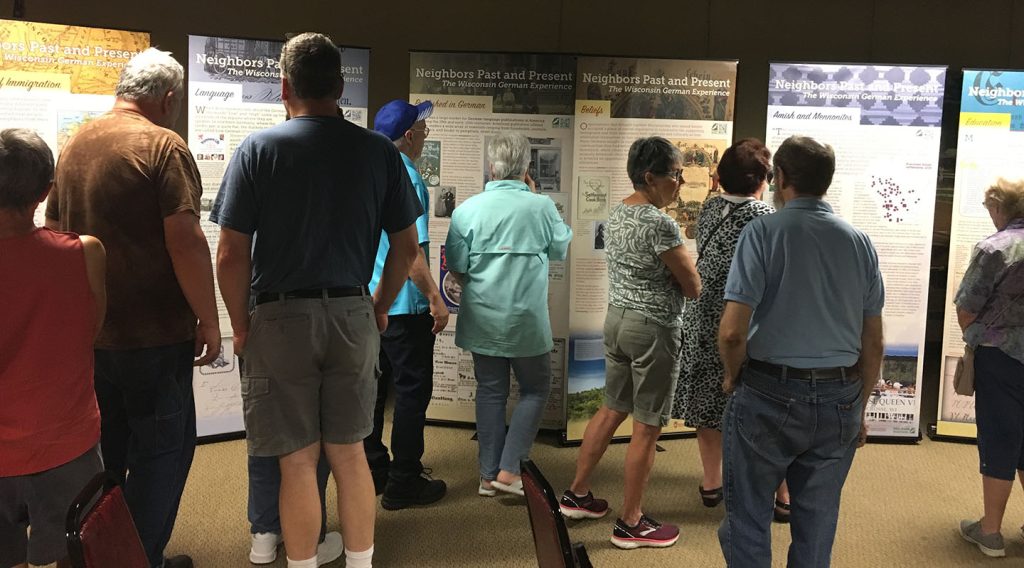 The Marathon County Historical Society in Wausau, Wisconsin, showed “Neighbors Past and Present” in July and August, 2019. Inspired by the NPP format, they created similar panels about their own “German-American Experience in Marathon County.” The Historical Society, drawing on its own rich resources and objects provided by the community, had several display cases filled with artifacts from the county’s German-American communities. The largest group of German-speaking settlers in Marathon County came from the Prussian Province of Pomerania, located in Poland today. DuWayne Zamzow, a descendant of one of the early Pomeranian settlers gave a lecture on “Pomeranian German Immigration to Central Wisconsin.” At a separate event, the Harold Schauer Brass Band performed a concert of traditional German and German-American tunes. 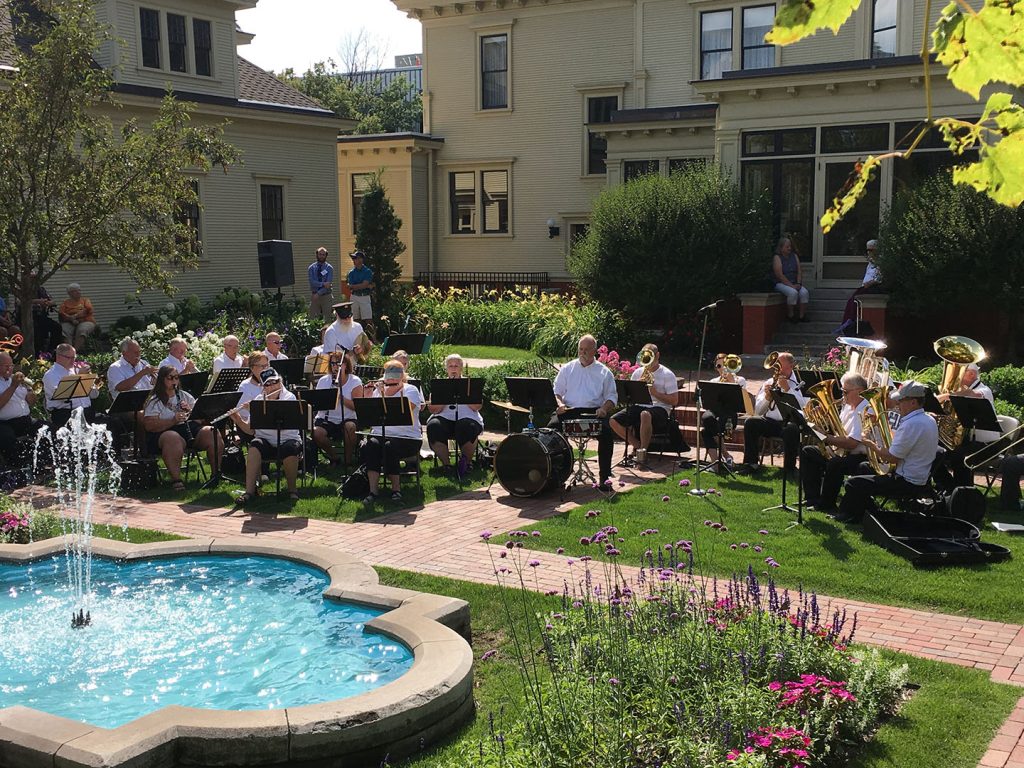 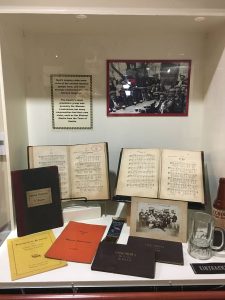 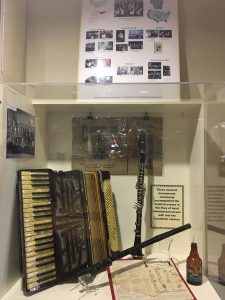 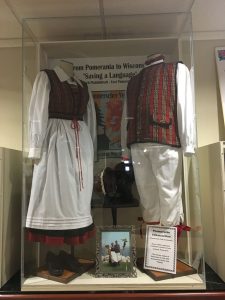 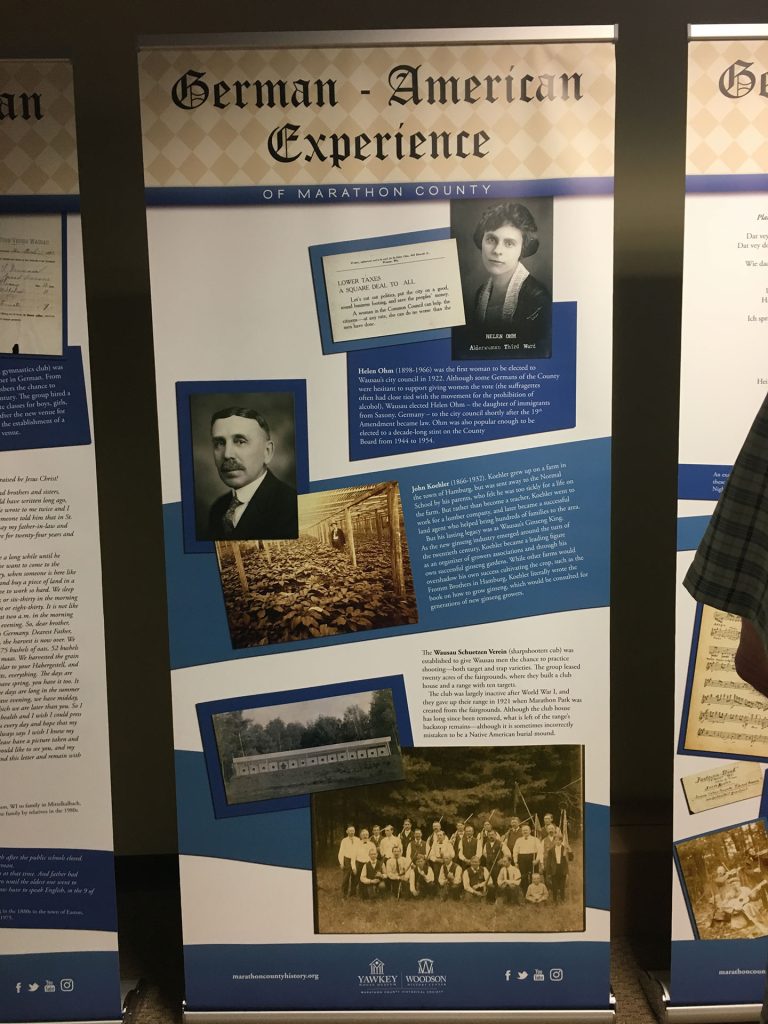 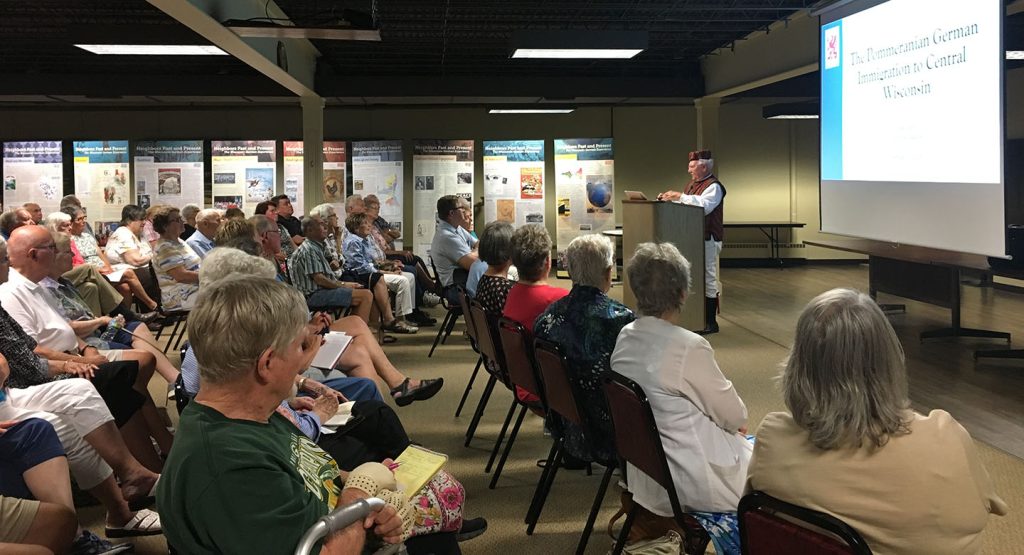