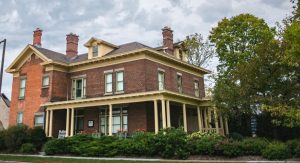 Interrupted by the pandemic, “Neighbors Past and Present” went twice to the Chippewa Valley Museum in Eau Claire, Wisconsin: in March 2020 and in September–November 2021. The exhibit was displayed both in the museum itself and at a special event in the historic Schlegelmilch House. Here visitors were shown examples of German-American needlecraft, parlor music, and personal letters from the late nineteenth century written in the old German script. Guests had a chance to practice reading and writing that script themselves. 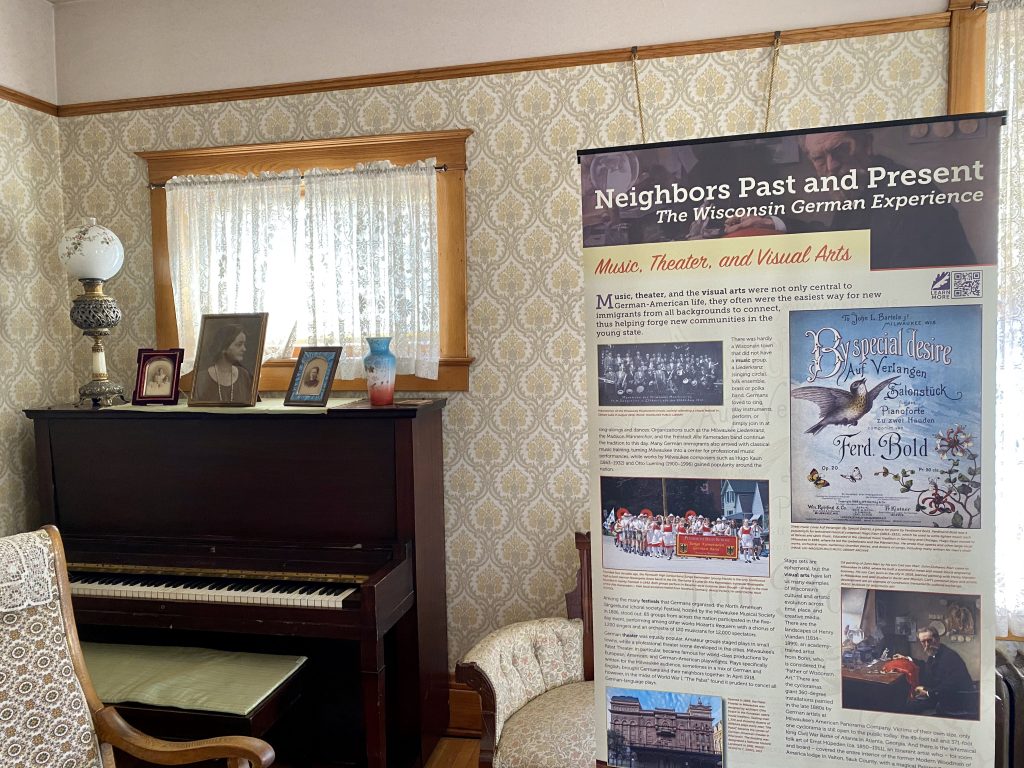 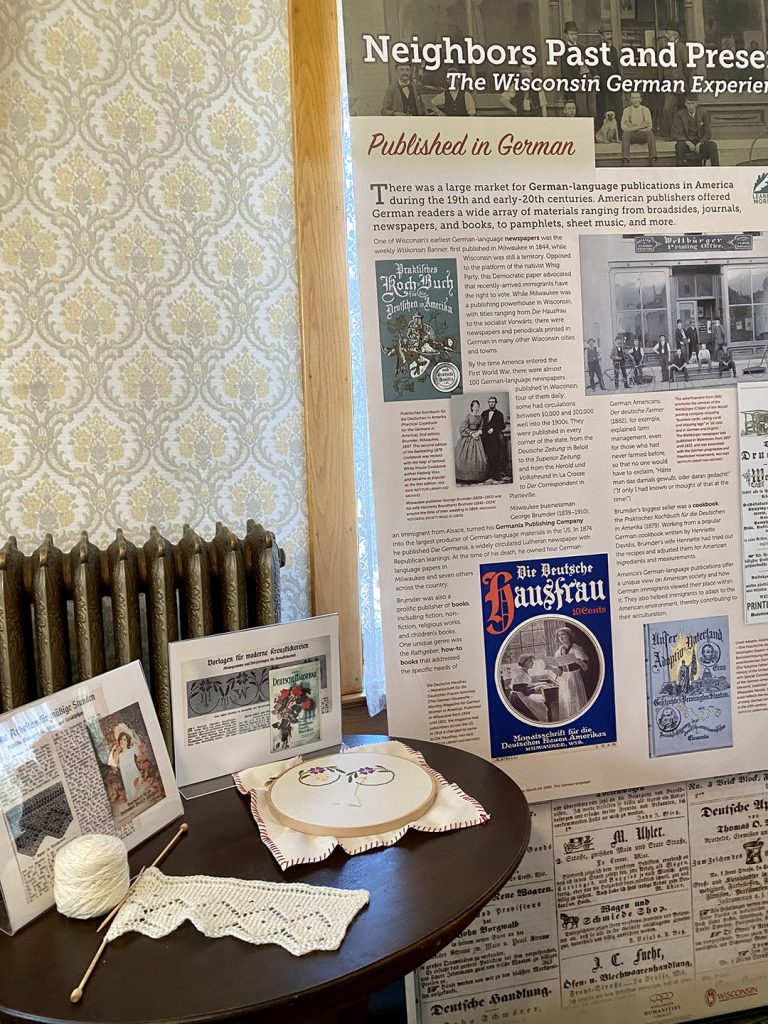 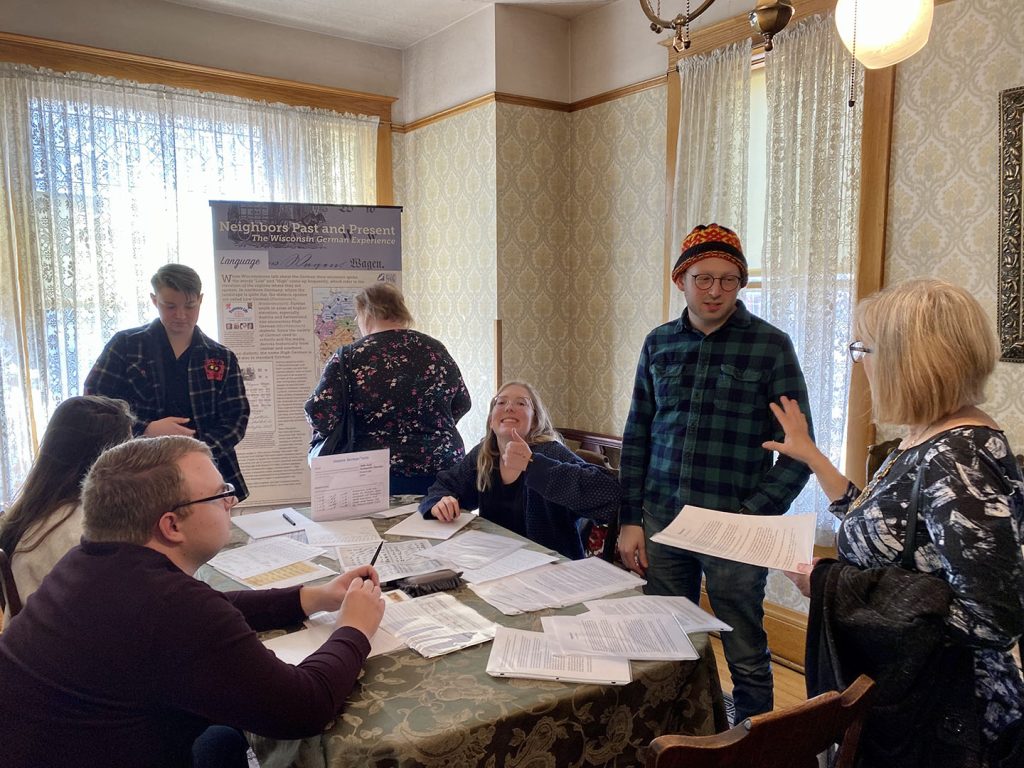 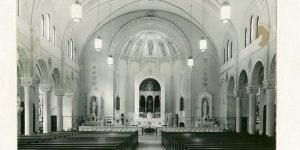 Other events organized by the museum in conjunction with the exhibit included a presentation by Mark Louden on the central role religion has played in German heritage communities in Wisconsin focusing on the history of two Eau Claire congregations founded by German immigrants: St. John’s German Evangelical Lutheran Church (1872) and Sacred Heart of Jesus Catholic Church (1875). The presentation was  followed by a tour of Sacred Heart of Jesus Church.