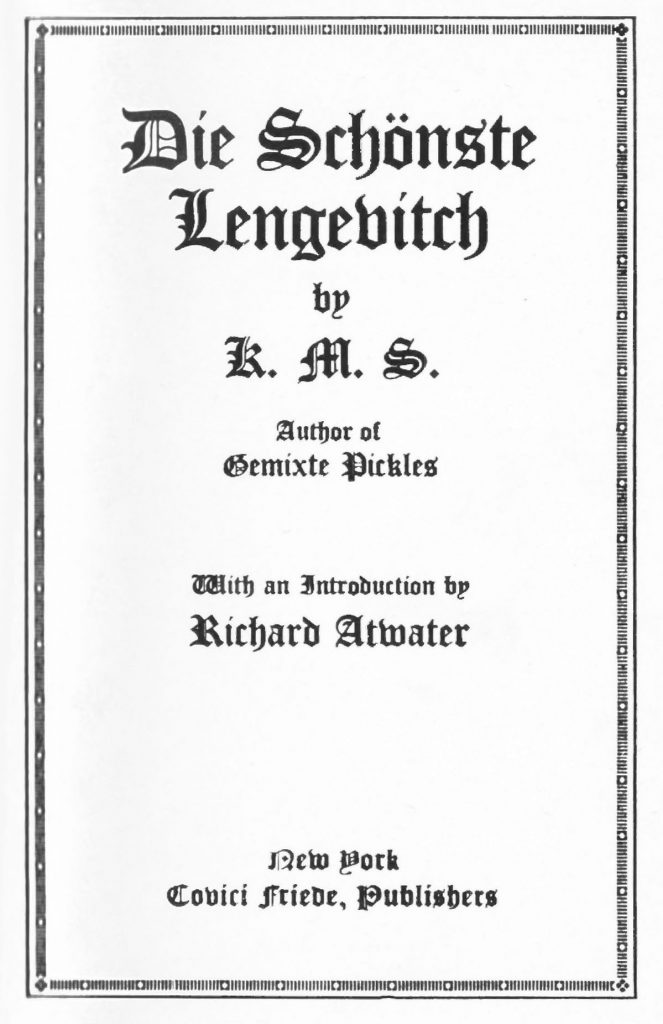 By the late 19th and early 20th centuries, when German-and English-speaking Americans had been living in close proximity for decades, a form of humor became popular in America that blended the two languages. At its core lay the heavily Germanized pronunciations of English words, such as Lengevitch which was intended to be a fictional German immigrant’s effort to say “language.” Such humor drawing on language and dialect was employed to advance stereotypical and sometimes derogatory images of immigrants in America—wherever their origin—but it was also used to examine cultural differences and the process and perils of assimilation, especially the influence of American English on immigrant languages. Dialect humor occurred in writing, music, and sometimes on the stage.

In the title poem from Die Schönste Lengevitch, a German immigrant who has lived in America for some time meets a couple who are “greenhorns,” or recent arrivals. When the greenhorn asks a question in “gebrochenes” (broken) English, their interlocutor seeks to answer in English-influenced German, with the result that two individuals from Germany cannot understand each other in either language!

MKI owns copies of three titles written by  Chicago German-American journalist Kurt M.Stein: Die schönste Lengevitch (1926), Gemixte Pickles (1930), and Limburger Lyrics (1932). In all three, Stein writes using a mixture of German and English, a form of linguistic code-mixing that is sometimes referred to as “Denglish” (Deutsch + English) or “Germerican.”