History of the Max Kade Institute

The Max Kade Institute for German-American Studies at the University of Wisconsin–Madison was founded in 1983 with an initial grant from the Max Kade Foundation of New York. Our Institute is named after Dr. h.c. Max Kade (1882–1967), who came from Schwäbisch Hall, Germany, to New York City in 1905, where he achieved success and fame in the pharmaceutical industry. Dr. Kade established the Max Kade Foundation in New York to promote scientific and technical progress and to further the peaceful coexistence of nations. He was also committed to advancing German-American relations.

For over thirty years, until the summer of 2014, MKI occupied the historic Keystone House on the west end of the UW–Madison campus, originally built in 1853. We are now pleased to reside on the fourth floor of the University Club on the UW–Madison central campus. 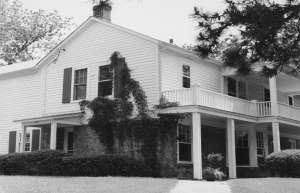