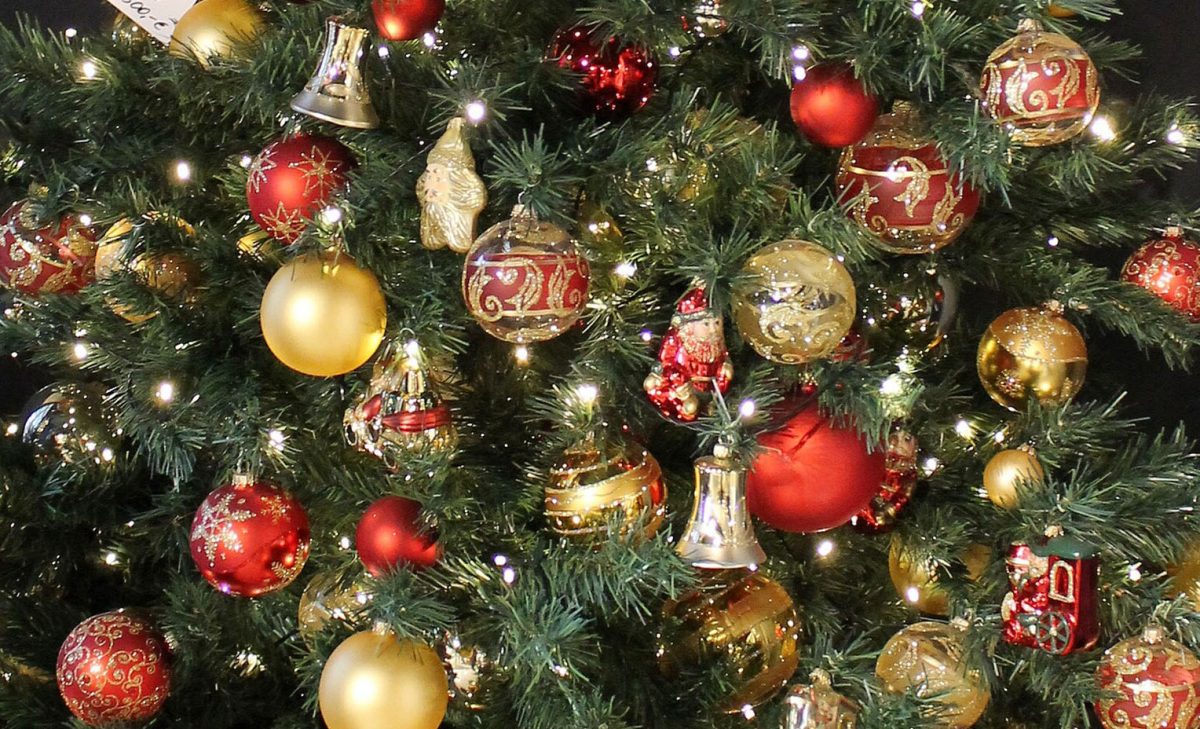 For most of us, this holiday season is very different from previous years. However, Christmas trees remain the centerpiece of festivities in many American households. In fact, as more people stay home this year, Christmas tree sales have been booming.  Nobody quite knows how the Christmas tree tradition came about, but it is thought to have originated in Germany. There, countless stories and songs are centered around the tree, of which “O Tannenbaum,” an ode to the fir, has become well-known around the world. In nineteenth-century America, Christmas trees were popular across the country. 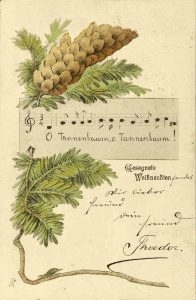 German Americans had their own traditions, and children were at the center of them. Parents decorated the tree on the morning of Christmas Eve. Their children saw it for the first time that evening, when it was lit with candles and surrounded by presents. Many German Christmas stories center around the wonder of this magical moment. Over time, German Americans adopted new traditions, as told in the story “Weihnacht-Abend” (Christmas Eve) from December 1891 in the Kinder-Post, a weekly insert for children of the Milwaukee Herold. Here little Clara and her older sisters wait for “Santa Claus” (the English term is used in the story!) to bring presents on Christmas Eve.

[…] “I see him” said sister Ida, and sister Emma cried: “He is carrying a huge knapsack. And look at his grey beard!” “I am afraid of Santa Claus.” Clara was a little scared. Then there was the sound of a little bell, the door to the next room opened, and a flood of light entered the room. […] A big Christmas tree shimmering with lights on its green branches brightened the room with golden light. And next to the tree stood a table covered with beautiful presents. […] But Clara was most excited about the beautiful, radiant tree. She wanted to be the one who put the big flag on top of the tree. 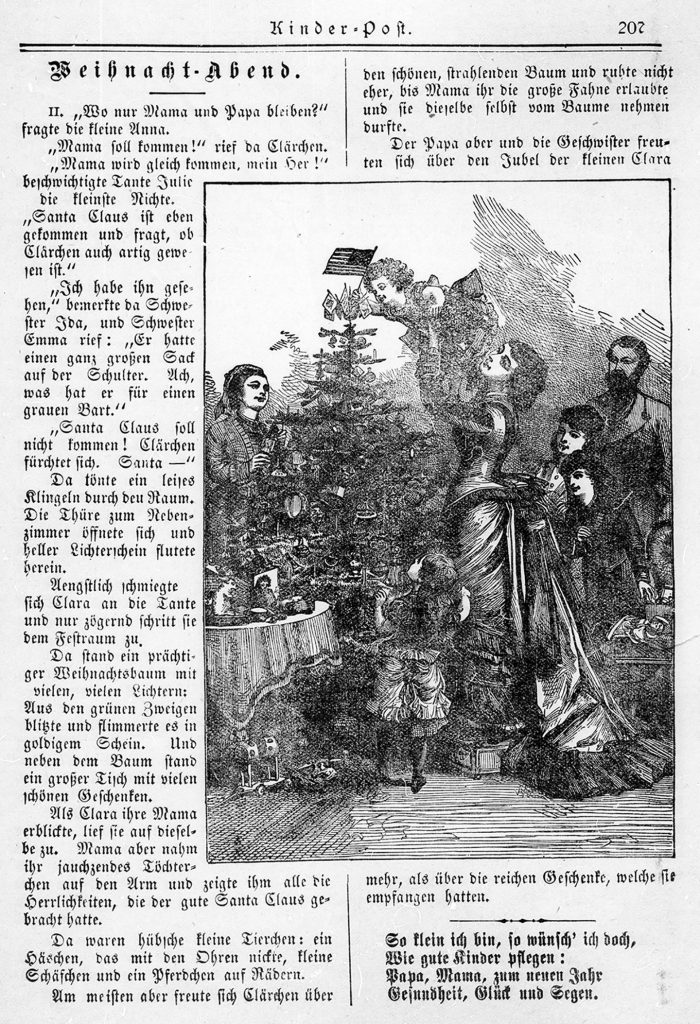 What decorations could be found on an German-American Christmas tree? They varied from region to region and over time. By the late nineteenth century, many American ornaments were imported from Germany, including glass ornaments handblown and hand-painted in the town of Lauscha in Thuringia. Over the decades, America became one of the biggest markets for Lauscha Christmas glass. Read an article about these ornaments by Robert Brenner in the Max Kade Institute Newsletter, Winter 2003, COVER Page, HERE. 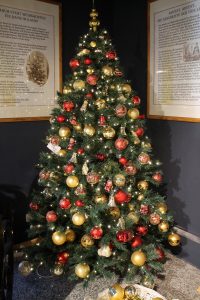 There is one “traditionally German” glass ornament on American Christmas trees, however, that no German has heard of: the Christmas pickle. The ornament is hidden among the boughs and the person who first finds it receives an extra gift. Nobody knows where this tradition originated, but today German glass manufacturers oblige the American market by producing Christmas pickle ornaments. Sadly, with Christmas markets and events closed this year, the small glass manufacturers of Lauscha are struggling to keep their businesses afloat like so many others in 2020. 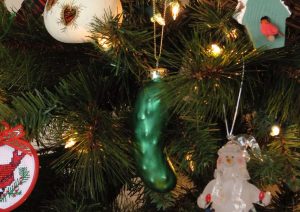 What presents did German-American children and adults find under the Christmas tree?  Advertisements in German-American papers and magazines give some idea. There are many ads for toys, from dolls to winter sleds. Adults are encouraged to buy books, jewelry, Christmas decorations, suitcases, and much more. One ad in Die deutsche Hausfrau devotes a whole column to encouraging men to give their wives a new “1900 Gravity model” washing machine, telling how “One of our readers recounts how her husband learned what ‘washday’ mean for a woman.” Check out the article by Kevin Kurdylo “Christmas Ads from the Sheboygan Amerika, 1906 and Die deutsche Hausfrau, 1910” in the Max Kade Institute Newsletter, Winter 2006, PAGE 10 PAGE 10 for this and other ads. 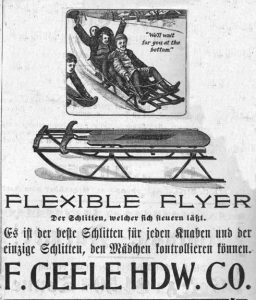 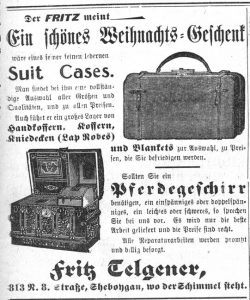 The same issue of the Milwaukee Herold’s Kinder-Post that tells the “Weihnachts-Abend” story (above) also urges children to express their gratitude to Santa Claus and their parents, even including a sample thank-you letter.

Don’t forget to be thankful, children!
When you hold this issue of the Kinder-Post in your hands, dear children, you will have found many beautiful presents under a splendid Christmas tree. How happy you must be to be able to play with your toys surrounded by your parents, siblings, and friends. But don’t forget to thank your parents for all the special gifts. Not just Santa, but your parents, too, worked hard to place those beautiful items under the Christmas tree. Thank your dear parents and promise them that you will always be diligent, obedient, generous, and loving yourself.