The Max Kade Institute offers a variety of virtual lectures and other presentations.  Click on the links in the titles below to watch a video recording. 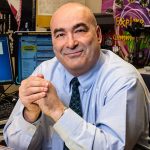 This presentation examines the twenty-first-century economic shift in Amish communities from local producers and artisans to participants in a national market system. One example is the dramatically increased presence, and in many Pennsylvania locations the domination, of Amish vendors in farmers’ markets. Although it might look as if they have changed their traditional values centered on closeness to the land, the Amish have created a special niche that mediates between the slow capitalism of a producer or communitarian farm economy and the fast capitalism of a market system in the digital age. Not motivated by profit, they have forced a re-examination of cultural factors in changing relations of the Amish to “the English” and indeed within Amish society.
Simon J. Bronner is Dean of the College of General Studies and Distinguished Professor of Social Sciences at the University of Wisconsin–Milwaukee. The recipient of the Pennsylvania German Society’s Award of Merit, he is the co-editor of Pennsylvania Germans: An Interpretive Encyclopedia (Johns Hopkins University Press) and contributor to Writing the Amish: The Worlds of John Hostetler (Penn State Press). 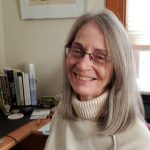 Having researched Amish life for nearly forty years, Dr. Johnson-Weiner has turned her attention to Amish women. Where much of the existing scholarship had subsumed Amish women, assuming perhaps that whatever was said about men was also true of their sisters, Dr. Johnson-Weiner explores how the sisters uniquely contribute to the communities that men and women build together.
Karen M. Johnson-Weiner is Distinguished Service Professor of Anthropology Emerita, State University of New York at Potsdam. She is the author or co-author of several books on the Amish, including most recently The Lives of Amish Women and the forthcoming All About the Amish.

From the Spanish Royal Court to the White House: Alexander von Humboldt’s Quest for Knowledge in a World of Politics
Sandra Rebok
November 19, 2020 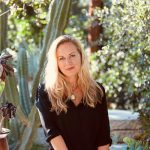 The year 2019 marked the 250th anniversary the birth of Alexander von Humboldt, the Prussian explorer, naturalist, historian and humanist, whose wide-ranging work continues to influence scientific theories and movements to this day. This lecture discusses Humboldt’s role between the declining Spanish empire and the rising American nation at the time of his visit to the United States in the spring of 1804. It analyzes the delicate balance Humboldt struck between science and politics, focusing on how he made use of the political connections offered by monarchical Spain on the one hand and Jefferson’s cabinet on the other, while the two nations, in turn, used his scientific work for their own strategic purposes. Rather than being caught between the interests of these two nations (and those of others), Humboldt created what can be called an Empire of Knowledge, an elaborate worldwide network through which he circulated information, scientific ideas, and resources.
Dr. Sandra Rebok is an internationally renowned independent historian of knowledge, author, speaker and scientific consultant. She holds a Ph.D. from the University of Heidelberg, Germany, worked for many years at the Spanish National Research Council in Madrid, and was a Marie Curie Fellow of the European Commission Research Executive Agency at the Huntington Library (2013-2016). Her research focuses on Alexander von Humboldt, transnational scientific collaboration in the 19th century, cultural transfers and intellectual networks, and the exploration of the American West. She is the author of numerous publications, including eight monographs. Her latest book focuses on Humboldt and Jefferson(2014). Her forthcoming book is titled Humboldt’s Empire of Knowledge: From the Royal Spanish Court.
The event is sponsored by the Max Kade Institute for German-American Studies and co-sponsored by the Friends of the Max Kade Institute; the Center for German and European Studies; the Center for Culture, History, and Environment; and the Department of German, Nordic and Slavic at the University of Wisconsin–Madison; with funding provided by the University Lectures Anonymous Fund. 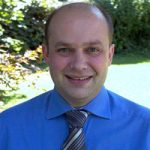 In the mid-nineteenth century, emigrants from the present-day German state of Rhineland-Palatinate settled in Milwaukee, Wisconsin, and in rural clusters in surrounding counties, such as Washington, Sheboygan and Fond du Lac counties. This presentation will focus on their socio-economic background, the importance of chain migration, and the acculturation that took place in Wisconsin. It will touch on agriculture and urban occupations (especially beer brewing and wine import businesses), architecture, and social life. The final part of the lecture will illustrate how some communities in the home country benefited from the support of public projects and remittances made by their former citizens who had become successful in Wisconsin.
Dr. Helmut Schmahl is a lecturer in the History Department at Johannes Gutenberg University of Mainz, Germany, and a high school teacher of History and English. His scholarship focuses on German immigration to North America, particularly emigration from Southwest Germany.

Faithful to the Fatherland or Doughboys of Deutsch? New Perspectives on the World War I Experience
Walter D. Kamphoefner
October 1, 2020

This lecture examines the experiences of German Americans during the Great War, focusing on their treatment by the Anglo-American society as well as their own attitudes toward the war and the Fatherland. Both groups failed to distinguish between political loyalty on the one hand, and cultural loyalty and language preservation on the other. Whereas many civilian institutions in America were highly intolerant and discriminatory toward ethnic Germans, the U.S. Army was more accepting and practiced ethnic pluralism in its ranks. This is reflected in the many letters written home in the German language by U.S. soldiers, many of which were subsequently published in German-American newspapers. Some who paid the ultimate sacrifice are commemorated on gravestones with German inscriptions in American cemeteries.
Walter D. Kamphoefner is Professor of History at Texas A&M University, focusing on immigration history and the U.S. Civil War and publishing in the field of immigration and ethnicity. His forthcoming book, Germans in America: A Concise History (Rowman & Littlefield, 2021), surveys the German-American experience over three centuries.