Millions of Africans were victims of the transatlantic slave trade, and scholars generally believe only a handful of publications exist that include the Africans’ own accounts of life in Africa, the Middle Passage, or life in bondage throughout the Atlantic World. Aaron Fogleman’s presentation is based on “Five Hundred African Voices,” a joint project with Robert Hanserd (Associate Professor of African and Atlantic History at Columbia College Chicago) to catalog all published accounts by Africans enslaved in the transatlantic slave trade, 1586–1936. The catalog so far covers accounts in eighteen languages of which German is the second most prominent after English. This presentation will focus on German-language publications on both sides of the Atlantic and the role of the German language and Germans themselves in publishing these works. 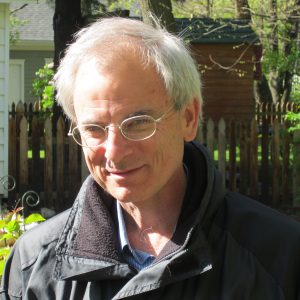 Aaron Spencer Fogleman is a Distinguished Research Professor of History at Northern Illinois University. He has published widely on immigration, gender, race, and religion in early America and the Atlantic World.